We are connecting you with a representative of Albéa. Maybe you can help us serve you better answering a few questions: 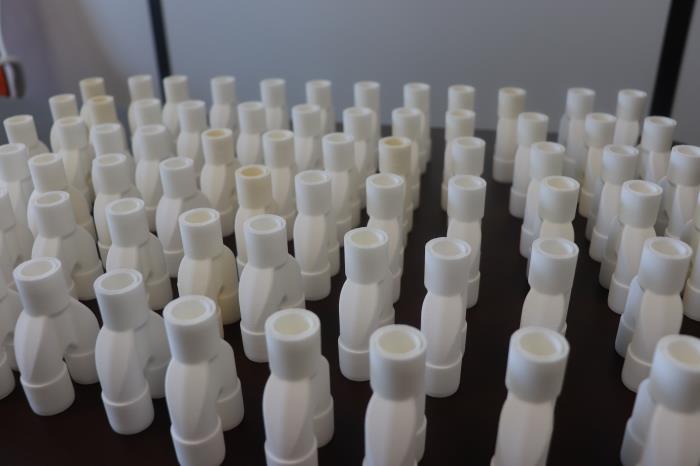 Erpro 3D Factory is fully mobilized in the sanitary crisis, thanks to 3D printing.

Erpro 3D Factory, the start-up that upended 3D printing with its unique ability to manufacture both small and large series, and to which Albéa is a supporting partner, is launching production of masks, visors, and other medical devices thanks to 3D printing. "We are adapting to the situation – and fast", explains Cyrille Vue, CEO of Erpro Group.

All Erpro 3D Factory teams and production workshops have come together to fight the virus. 3D printers run 24 hours a day to manufacture parts for ventilators, and protective glasses and visors.

"From the very start, our company has wanted to contribute to national solidarity initiatives, and we have issued calls for contribution on media and social networks", adds Marion Moreau, sales manager with Erpro 3D Factory.

Erpro 3D Factory partners with France’s Scientific Research Institute (CNRS) to fight the pandemic
To address the urgent shortage of material in several intensive care units, CNRS called on Erpro 3D factory to mass-produce a valve that is a critical part of an artificial respiratory system for covid-19 patients. After approval from France’s National Drug Administration, close to 12,000 valves and caps have been printed every week and distributed to healthcare workers in France as well as in Italy, Spain, and Africa.

At the service of hospitals
Erpro Group provides its expertise, printers and the support of its teams to hospitals and care centers. Since the start of the crisis, Erpro has manufactured:

Albéa and beauty care giant Henkel have taken a stand to avoid plastic waste. Henkel will convert its entire Oral Care portfolio to fully recyclable tubes produced by Albéa. The transition, to be concluded across all oral care brands beginning of next year, will be pioneered by the Spanish toothpaste brand Licor del Polo.

Highly invested in the fight against COVID-19, Albéa is once again committed to its ecosystem by producing and donating 1,000 pumps to Groupe SEB. This donation of 1,000 bottles and pumps enabled Groupe SEB to bottle and make hydroalcoholic gel available to its employees on all the group's sites in France.

Albéa publishes its Sustainable Development Strategy 2020-2025, an ambitious CSR strategy that puts the circular economy at the heart of its business model. The packaging company also reflects on their commitment to sustainable development during 2019.

Albéa donates bottles and airless pumps to the Paris-Saclay University

During the second quarter of 2020, Albéa has helped the Paris Saclay University with a gift of airless pumps and bottles destined to the student of the prestigious campus. It is on the Lacrost site (Burgundy), which belongs since the 1st of June to Silgan Dispensing, that the 1500 packs of bottles and airless pumps were manufactured and given.

The sanitary crisis is inciting the travel industry to adapt and re-invent itself. In this exceptional context, Albéa Travel Designer innovates and proposes “Travel&StaySafe”, a unique and customizable travel kit including mask, hydro-alcoholic gel, gloves etc. This new offer is proposed to airlines, but also to railways, shipping companies and private transport companies.

La Roche-Posay, the dermatological skin care brand from L’Oréal group, has partnered with Albéa to produce an innovation new generation of eco-friendly packaging: a partially cardboard-based tube. the tube packaging, integrating cardboard, is designed as an alternative to the various packaging solutions currently used for cosmetic products. The use of plastic is reduced by 45% compared to existing solutions.

Silgan Holdings and Albéa have completed the sale of Albéa’s Dispensing Systems business, Metal (Covit Europe & US) and Brazil industrial clusters. Today these businesses, and all their outstanding teams, join Silgan.

In a market with shorter lead-times and smaller order sizes, digital technology is obviously part of the solution – from digital printing to collaborative platforms via data sharing in real-time. Together with our partner and global specialist of the industrial graphic chain Esko, we have developed pre-press tools for digital printing, as well as a collaborative platform to manage projects within our industrial facilities, across sites, and directly with our customers or their design agencies.

Albéa and L’Occitane France have taken their 15-year collaboration further by co-manufacturing liquid soap and hydroalcoholic gel in a tube packaging. Albéa is proud to partner with L’Occitane Group,contributing to the delivery of one million care products since February in support of healthcare workers around the world.

While the cosmetics industry is gearing up around the world to supply the hygiene products necessary to fight the epidemic of Covid-19 linked to the new coronavirus, Albea is focusing its production on top-priority items such as tubes for Hand Sanitizer where they are witnessing a huge peak in demand.

In Europe, the Vandières and Argonne (France) and Lubna (Poland) facilities in particular produce millions of tubes for hydro-alcoholic gel while the Lacrost plant (France) manufactures lotion pumps for hand sanitizers. Our tube and pump sites in the US, India, Brazil, and Indonesia also contribute to their customers’ initiatives for national solidarity.

Lithuanian influencer Agnė Jagelavičiūtė stands for strong women and nature. That’s why she has teamed with cosmetics company Cosmoway and Albéa for her first hand cream launch.

Colgate has just launched in Europe “Smile for Good” toothpaste in a tube made with HDPE, a polymer that is massively recycled. The tube’s body is made from a singleblown film and is manufactured by Albéa.

Albea’s dispensing business to be acquired by Silgan

Silgan Holdings Inc has announced that it has signed a binding offer to acquire Albea’s dispensing business for $900 million. The proposed acquisition is expected to close in the first half of 2020.

Albéa manufactures environmentally-friendly fragrance pumps with no POM. This push to remove Formaldehyde-based material as POM (Polyacetal) from fragrance pumps is the concrete action of the Albéa group towards sustainability and the production of responsible packaging.

Albéa reaffirms its unwavering commitment to the New Plastics Economy

As part of their partnership for responsible packaging innovation, L’Oréal and Albéa have announced the development of a breakthrough innovation for cosmetic packaging. The two companies have invented the first carton-based cosmetic tube, where plastic is for the most part replaced with a bio-based and certified paper-like material.

Chiara Ferragni, the influencer with 16 million followers, creates a make-up capsule collection with Lancôme, for a highly instagrammable make-up collection! Victim of its own success, the Collection is already sold out!

Albéa is proud to unveil its first Sustainable Development Report. Albéa's commitment to Corporate Social Responsibility goes back 15 years and is widely recognized by its customers and partners, as well as third-party experts such as EcoVadis and CDP. This voluntary report aims at sharing our new Sustainability strategy, which comprises three missions.

Reach for the stars with Constellation, Albéa’s new collection of mascara fiber brushes. Carefully put together by beauty packaging experts at the Albéa Tips Studio, based out of the Bottanuco (Italy) industrial facility, these innovative eyemakeup products empower brands to offer consumers the make-up look of the stars!

Our society is undergoing a major transformation: the digital revolution. This technical evolution impacts ways of working, learning, living, interacting and consuming. More than half of all in-store purchase is influenced by digital commerce. Albéa leverages proven technical expertise to offer a wide range of e-commerce compliant dispensing and sealing solutions such as lockable pumps and caps.

Middle East Airlines is launching on board a new kit exclusively designed by Albéa Travel Designer. This design is an exclusive creation of Albéa Travel Designer for MEA. The modernity of the kit matches with the airline’s recent investment in keeping its fleet rejuvenated, constantly replacing older models with new generation, more fuel-efficient aircrafts.

An intense pearly pink and a heart-embellished packaging for Monsieur Big Valentine’s Day Limited Edition by Lancôme. A decoration full of promises and surprises for the D-date!

The trend of differentiation through packaging cannot be ignored. The specific needs and expectations of consumers, the diversification of beauty profiles, the popularity of certain products on social media, and point-of-sale events all feed this personalization trend.

OUATE is a new independent French brand with a range of playful skincare, body care and haircare products for children aged 4 to 11. Made of over 97% of natural ingredients, the formula is protected by Albéa’s atmospheric pump NEA. 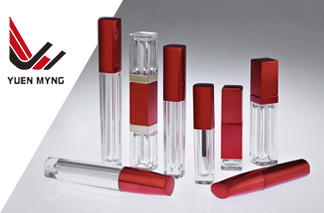 Albéa and Henkel take the famed Toothpaste Tube to the... 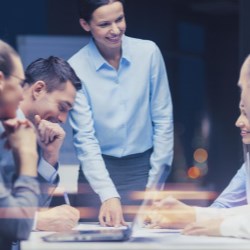 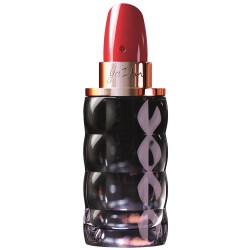 Albéa supports Cacharel for the launch of Yes I Am, th... 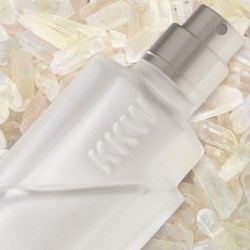 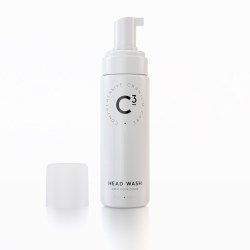