We are connecting you with a representative of Alpha Packaging. Maybe you can help us serve you better answering a few questions: 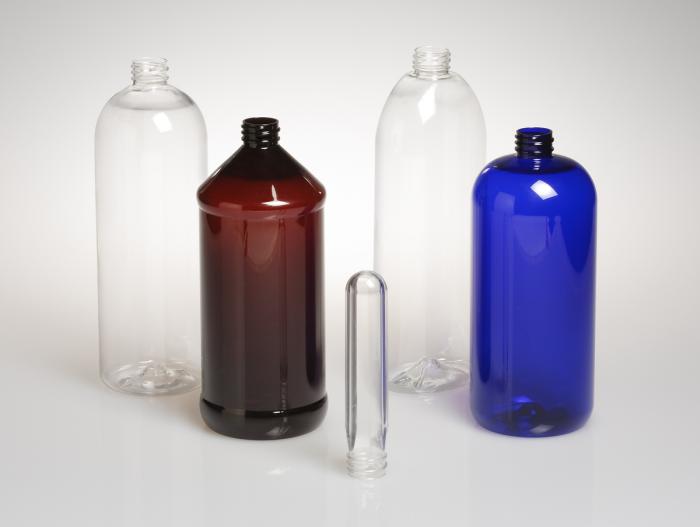 These bottles are typically used for large quantities of hand sanitizers, liquid soaps, shampoos and conditioners, and other liquids used around the home or in larger institutional settings. The overflow for each bottle exceeds 1000ml (1 litre), so they are ideal for items marketed as either 32 liquid ounces or litre-size.

All four bottles are made from the same 50-gram, 28-410 pre-forms on 2-stage (reheat and blow) machinery at Alpha’s Salt Lake City plant. Reheat and blow is a stretch blow moulding process in which a plastic pre-form is injection moulded in one process, and then at a later time, that pre-form is fed into a machine, reheated, and stretch blow moulded in a second step. Often, pre-forms are made by one company and purchased by another company to make the finished bottle. However, in the case of these 50-gram pre-forms, Alpha manufactures both the pre-form and the bottles in its 2-stage process.

Alpha’s 50-gram pre-forms are available in standard colours of clear, light amber, cobalt blue and white for any of the four styles of narrow-neck bottles. Minimums for coloured bottles are 50,000 pieces; clear bottles have a one-pallet minimum.

The 2-stage process has several advantages over Alpha’s usual single-stage injection stretch blow moulding (ISBM) process, especially for the larger bottles Alpha is using it for. According to Bob Wilson, Director of Alpha Technology Centre, “The 2-stage stretch blow moulding process offers the ability to produce fairly lightweight containers with very high impact resistance, which is ideal for these large PET bottles,” he says.

The bottles are featured in Alpha's online catalogue as well as in their WEBpackaging catalogue, in the PET Narrow Neck Bottles" section.

Beginning June 29, 2020, customers can pick up in-stock West Coast inventory from a new location in March Air Reserve Base, California.

FDA-approved packaging for soaps and sanitizers, nutritional supplements, pharmaceuticals, household cleaning products, and food & beverages. We take our role very seriously in the fight against COVID-19 and we are dedicated to maintaining supply to our customers at this critical point in time

Senproco manufactures the Green Groom line of safe, natural and biodegradable pet grooming products. Because all nine products are environmentally friendly, Senproco also wanted its packaging to make the smallest impact possible on the environment. Working with TricorBraun, Senproco chose Alpha Packaging to manufacture a custom bottle and selected Technigraph to provide print design and decoration.

Alpha Packaging is pleased to announce that Terry Moody has joined the company as Chief Executive Officer. Alpha, a portfolio company of Irving Place Capital, is a leading blow molder of bottles and jars for rapidly growing consumer markets, including the nutrition, pharmaceutical, personal care and niche food and beverage categories.

Stressing speed & flexibility, St. Louis-based PET and HDPE bottle maker sees purchase of Etten-Leur facility as platform for broader European growth. Alpha Packaging Inc. announced today that it has acquired a plant in Etten-Leur, the Netherlands, from Graham Packaging Company. The transaction – for which terms were not disclosed – was completed on November 2nd.

Alpha was engaged to develop packaging for a concentrated fuel injection cleaner for Shell Lubricant’s Gumout line that delivers the same number of treatments in smaller, lighter-weight containers. Shell asked Alpha to eliminate PVC plastic and all and secondary materials from the automotive chemical packaging, and utilize recycled and/or recyclable materials in the new package.

Alpha Packaging is now offering its most popular stock items from its West Coast stocking facility with new, lower minimum order quantities. Over 8 million units across 180 different SKUs are currently available for immediate shipment across the United States. A minimum order of $500 per order is required, but different items can be combined to meet that minimum. The items stocked in California are Alpha's best-selling sizes and colors in various markets.

Turtle Wax wanted to launch a new line of automotive appearance products by the spring 2014 season, and it wanted a new, custom line of polyethylene terephthalate (PET) bottles across three sizes, and selected Alpha to manufacture the new bottles since Alpha has worked with Turtle Wax for over 20 years.

Alpha Packaging has just introduced two sizes of PET plastic Growlers for the craft beer industry. The 32-ounce and 64-ounce plastic Growlers are a great option for off-premise draught beer sales, as a substitute for traditional glass vessels. They allow consumers to take fresh draught beer directly from the tap to places that glass is not allowed, including beaches, parks and other outdoor venues.

Alpha Packaging has introduced three new polyethylene terephthalate (PET) indented label large round packers ideal for bulk quantities of protein powders and nutritional supplements. Alpha’s 3785cc (1-gallon) and 6250cc packers are new sizes that are both larger than the PET packers previously available from Alpha; the new 1500cc packer is a lightweight version of a size Alpha already made. With six sizes now available, Alpha offers the most complete line of large PET packers in the industry.

To make it easier than ever for customers to buy its most popular styles of PET sprayer bottles, Alpha Packaging has reduced the minimum orders for three sizes of Tremont Sprayers made in Alpha’s Cleveland manufacturing facility. Now, customers can order as few as four pallets of three different Tremont sprayer bottles when they tag onto another order for clear bottles.

Alpha Packaging (“Alpha”) recently announced that it has acquired Progressive Plastics, Inc. (“Progressive”) of Cleveland, Ohio, in its largest acquisition to date. Progressive is a manufacturer and decorator of plastic bottles and containers primarily for the personal care, auto care, housewares and food markets.

Irving Place Capital, a middle-market private equity firm, announced today that it has signed a purchase agreement to acquire Alpha Packaging, a leading blow molder of plastic bottles and jars for the nutraceutical, pharmaceutical and personal care markets.

Technigraph Corporation, a division of Alpha Packaging, has just introduced its environmentally friendly Eco-FrostTM Spray Frost for plastic and glass. The high-end look of the proprietary Spray Frost provides customers with an additional “green” packaging option, because unlike conventional spray frosts, it contains no VOCs or solvents.

Alpha Packaging, a leading manufacturer of plastic bottles and jars for the personal care, pharmaceutical and nutritional supplement industries, has introduced a new line of personal care Cylinders made from high-density polyethylene (HDPE). The HDPE Cylinder line is the first of three new narrow-neck stock packaging lines that Alpha is rolling out during the second quarter of 2010 - along with a special offer for free deco tooling.

Alpha Packaging, a leading manufacturer of plastic bottles and jars for the personal care, pharmaceutical and nutritional supplement industries, has recently introduced a new line of canisters ranging in size from 32 ounces to 100 ounces. Each size canister will be available in three different 120mm neck finishes. 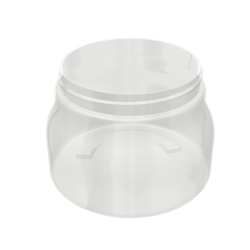 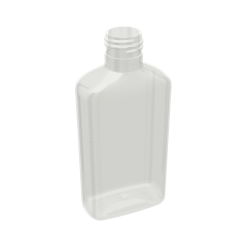 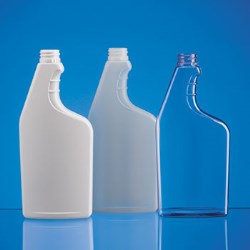 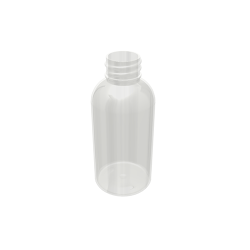 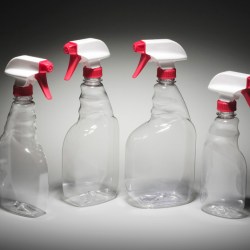 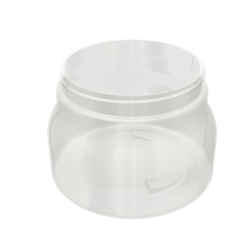 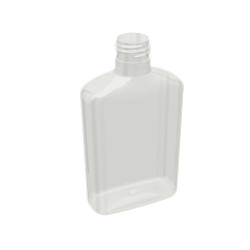