We are connecting you with a representative of Berry Bramlage . Maybe you can help us serve you better answering a few questions:

Single-dose inhalers for capsules by Plastiape 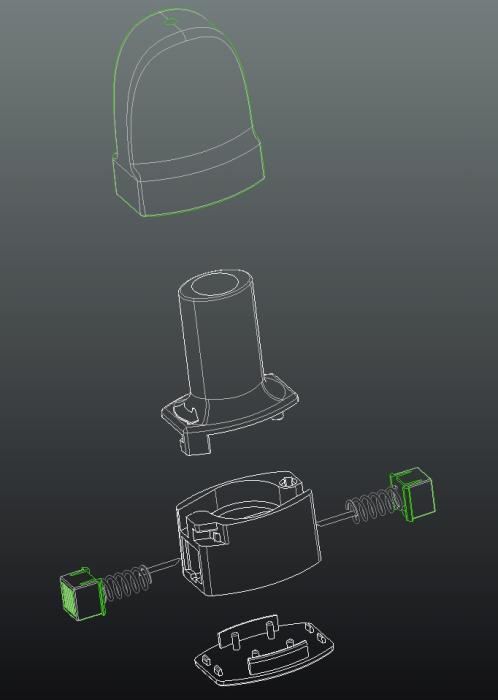 Until a few years ago, experts of the sector considered the days of dry powder inhalers (DPIs) – in the “single dose per capsule” format – to be numbered.

In their desire to find increasingly innovatory solutions, as well as to show themselves more technologically sophisticated than their competitors, many pharmaceutical companies had placed their bets on multi-dose inhalers with more advanced engineering and, on the face of it, simpler for the user.

In reality, many of these inhalers proved to be too complex technically and, in certain cases, unreliable, insufficiently user-friendly or too bulky.

The well-known failures of various highly sophisticated devices, which were expected to invade the market like blockbusters, brought about a return to favour of simpler, safer and more effective devices such as the single-dose per capsule inhaler.

Although these devices require a new capsule to be loaded before each inhalation, they nevertheless have a number of unquestionable advantages: the medicine is pre-dosed and the dose can be checked on the filling-lines; the patient can easily see, after each inhalation, whether the medicine has been taken; blister packaging ensures high stability of the medicine.

The capsule filling systems are furthermore standardized and reliable, thereby calling for relatively low investment by the pharmaceutical companies and allowing easier transition from the clinical, pre-industrial to the industrial phase.

As is well-known, Plastiape can boast today a thirty-year tradition in the development and industrialization of Inhalers for Powders. The producer of Aerolizer (Novartis Pharma), Pulvinal (Chiesi Farmaceutici) and Turbospin (PH&T), it also has several families of inhalers of its own design.

The latest generation single-dose per capsule inhaler is the Monodose RS01.

Compared with the more sophisticated multi-dose and other single-dose inhalers on the market, the RS01 is notable for its compact size, reduced number of parts and for the simplicity and effectiveness of its perforation system, suited to both gelatine and HMPC capsules.

The RS01 is created with thermoplastic resins specifically intended for the pharmaceutical sector and which have passed the physical-chemical tests laid down by international pharmacopoeias. With the collaboration of laboratories operating in GLP conditions, Plastiape has also performed extractible tests on its families of single-dose inhalers and biocompatibility tests on the finished product in compliance with ISO10993 regulations.

In its standard version, the RS01 is a low-resistance device reaching a pressure drop of 4 kPa at c.100 L/min and is therefore suitable for use on a wide range of patients. A high-resistance (4 kPa at 65 L/min) version also exists.

The inhaler is entirely developed by Plastiape and a number of international patents have been taken out for it (Europe, USA, Canada, Australia, Japan). Plastiape has also filed a Type III Drug Master File with the US Food and Drug Administration as a support for customers intending to register and trade their medicine on the American market.

The highly compact size, the lesser weight compared with competing appliances and the complete lack of propellants make the device particularly environmental friendly and therefore suitable for pharmaceutical companies that, like Plastiape, put respect for the environment at the top of their development strategy.

Plastiape has already developed high capacity moulds and production lines for the RS01 and can therefore provide its clients – even in the case of samples for clinical use – with devices produced in the same conditions as will be applied during industrial production.

The highly automated assembly lines are equipped with control stations designed to check all functional aspects of every single inhaler produced.

The device is assembled in a class IS0 7 white chamber (10,000 FED STD) subject to periodical checks for microbiological and particle contamination.

All the above-stated facts make the RS01 an ideal platform for a wide range of inhalant medicines: on the one hand, it may be considered a simple and cheap solution for generic medicines, even those produced in small volumes, while on the other hand it offers a reliable, ready-to-use solution for highly innovatory formulations, where it is necessary to limit the number of variables at stake, reducing the risks and costs of developing a device and thereby leaving researchers free to concentrate their efforts and investments on the formulations themselves.

Next Generation Stick for Face and Body Care Has Sustainable Benefits

A convenient and sustainable pack solution that provides hand hygiene on-the-go has been launched by Berry Bramlage. The new Hands’Up 50ml Tottle is a refillable bottle that consumers can continually top up with their favourite liquid soap, hand gel or sanitiser to keep their hands clean wherever they go.

Berry Bramlage is launching a range of premium jars that enable cosmetic and beauty products to create a strong on-shelf presence and brand image while meeting consumer demands for more sustainable packaging. "At Berry, our commitment to sustainability informs the design and development of all our packaging solutions," comments Delphine Roux, Strategic Marketing Manager, Berry Bramlage.

Supporting in the fight against COVID-19, Berry Bramlage offers a full pack dispensing solution for alcohol gels. The company can supply Magic Star and Magic SL airless dispensers with capacities from 20ml to 500ml.

Berry Bramlage has unveiled a range of new closure designs that meet forthcoming EU single use plastic legislation. The solutions involve additional strands or tabs on the tamper-evident band that keep the closure attached after opening and enable easy reclosing of the bottle.

Bramlage, a Berry Global company, has launched a portfolio of ‘e-commerce ready’ personal care standard packs to enable customers to benefit from speed-to-market for new product launches. The packs – from the Company’s top-selling Magic Star, Magic SL Twist-Up, Empress, and Empress Light – have all been independently certified by a third-party laboratory.

On July 1st Berry Global Group, Inc. completed the acquisition of RPC Group Plc. RPC and Berry are a natural and synergistic ﬁ t, and the joining of our two companies is truly transformational. The combined company will be able to provide customers with enhanced global value through an expanded wealth of knowledge, innovative technologies, and geographic footprint.

The RPC Bramlage Division has introduced a special Promotion Box that showcases a selection of cosmetic and personal care packaging solutions from its extensive ranges. The box underlines RPC Bramlage’s capabilities in handling a wide variety of product types and also demonstrates how the different pack designs and sizes can be successfully utilised to create a family range.

The RPC Bramlage Division is extending its range of Magic airless dispensers with the introduction of a new design. the top-filled Magic Pur dispenser combines an elegant and modern appearance on-shelf with user-friendly operation, delivering an accurate 1ml of product each time.

The Medipac container range from RPC Astrapak Plastop has been developed to meet the wide-ranging requirements of the prescriptive medicines and wellness supplements markets. With products coming in a variety of shapes and sizes and requiring a multitude of doses, the choice of containers in the Medipac range makes them ideal for all types of tablets, capsules and supplements, and enables brands to maintain continuity, regardless of the dose.

RPC Formatec, part of the RPC Bramlage Division, has extended its range of state-of-the-art inhalers with the introduction of a new optimised breath-actuated pressurised Metered-Dose Inhaler (pMDI). The inhaler’s rounded design with large mouthpiece provides easy handling and maximum comfort for the user.

A strikingly-decorated Twist Up airless dispenser from the RPC Bramlage Division is creating the appropriate on-shelf image and impact for one of Italy’s top-selling and long-established personal care brands. Bionike’s Defence Man Energise revitalising cream-gel and Defence Man Repower anti- ageing serum are being packed in the 50ml Twist Up.

The unique opening experience and positive ecological profile of the Slidissime jar from the RPC Bramlage Division are the key benefits for the new Biotherm Life Plankton Sensitive Balm from L’Oréal. The Slidissime jar format delivers a strong emotional experience for the end-user, in particular the Wow effect, and provides the perfect e-commerce packaging solution.

The high-quality construction and on-shelf appeal of the RPC Bramlage Division’s Empress and Diamond jar ranges have provided the ideal solution for a range of premium skincare products from leading manufacturer La mer Cosmetics AG. Both the 50ml Empress and 15ml Diamond jars have been selected for La mer’s Advanced Skin Refining and Med Stress Balance creams.

RPC Bramlage Beauté, part of the RPC Bramlage Division, has introduced an innovative and versatile standard make-up stick, ideal for a wide variety of products such as eyeshadow, lipstick, lipcare and solid perfume.

The new Nova tablet dispenser from RPC Bramlage Velky Meder, part of the RPC Bramlage Division, offers a stylish and user-friendly solution that meets the highest demands of consumers.

RPC Formatec, part of the RPC Bramlage Division, has launched a new inhaler that delivers enhanced levels of patient convenience, comfort and safety.

As part of the global relaunch of the KMS Hair start.style.finish professional range for salons, RPC Zeller Plastik Germany, part of the RPC Bramlage Division, is supplying new bespoke closure solutions to underline the global style of the new style-prepping shampoos, conditioners and treatments.

RPC dispenser is the natural choice for Yun Probiotherapy

The packaging for the latest Emporio Armani fragrances - Because It's You for women and Stronger With You for men – features a stylish cap from RPC Bramlage Marolles that reflects the quality and premium image of this iconic brand, while offering convenience and ease of use for the consumer.

The RPC Bramlage Division has introduced a new premium cosmetic jar into its standard collection, which is ideal for facial care products. The Coral jar provides an alternative to the traditional cylindrical shape, with an innovative raised section at the base.

RPC Bramlage has launched a lotion pump that combines a standard system with a customisable outer body. The Lotus pump delivers excellent functionality and user-friendly operation for a wide variety of cosmetic and personal care products while enabling manufacturers to create an individual appearance for effective brand identity and maximum on-shelf appeal. 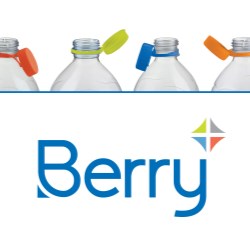 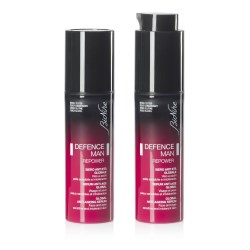 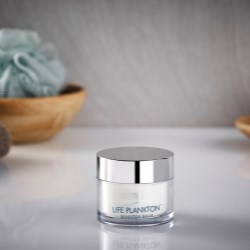 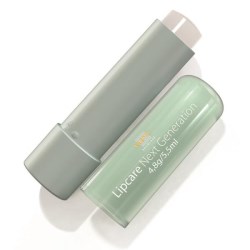 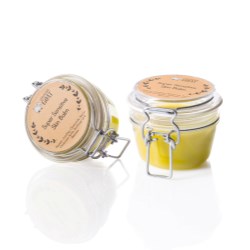