We are connecting you with a representative of HOFFMANN The Tin. Maybe you can help us serve you better answering a few questions:

Metal in packaging: why is it such a good choice? 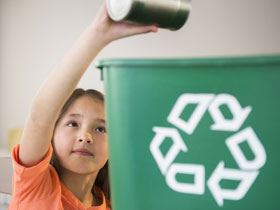 Today, the packaging industry relies upon a vast number of materials in order to create easy to use concepts for consumers. Metal is one of the primary materials utilized with a wide array of products, from food to fashion, candies to candles. Why exactly is metal so popular?

Metal packaging has been around since humans started mining and working the material about 11,000 years ago, though the primary use of metal at the time was for creating tools, weapons, or jewellery. In prehistory, small containers were used for holding precious substances or significant religious items. The ease of making containers out of clay or woven leaves made metal packaging a luxury good reserved for those with elevated status. Large scale use of metal as a packaging material occurred during the Industrial Revolution when mass production made it feasible for metal to gain prominence.

It was soon discovered that some materials were better as packaging materials than others. Iron on its own, for example, could not be used with anything moist as it would rust and spawn bacteria known to spread tetanus and other life-threatening diseases. Tin was the first choice, and was initially used to create canned goods for the British Royal Navy. Later, stainless steel was used, often in conjunction with a tin coating or as a more complex alloy. Aluminum also became a prominent packaging material starting in the late 1950s. All of these materials offered several advantages, with material choice becoming a question of usage.

Most metal packaging nowadays isn't made of pure tin, though it is still used in conjunction with other substances, including steel, aluminum, magnesium, and a number of coatings. The use of tin as a material, however, became so widespread in the infancy of modern metal packaging that the word "tin" has become a synonym for the packaging itself, though the material may actually be something else.

By far, metal packaging is most used in the food industry, where cans and tins package everything from beer to corn to beef stew. In the food space, barriers are incredibly important, especially those that block light and aromas. Durability, safety, and convenience are all of great importance. Beverage cans tend to be made of aluminum, which is very light in weight and extremely malleable. Prepared foods, vegetables, and other comestible products are often packaged in steel cans, due to the material's strength and ability to withstand punishment. Cans offer a standard product experience for most consumers, it is a simple and well-known paradigm. We are now accustomed to getting many of our favourite products in cans and tins of all sorts, including baby formula, coffee, powder supplements, tobacco, dairy products, sweets, and all sorts of confections.

Tins, of course, aren't limited to the food space. In general, metal packaging seems to be most used with items that require either added durability or a touch of the luxurious. Outside of the food industry, metal packaging seems to elevate a product and makes it part of a product continuum that is beyond the standard materials we use daily, such as glass or plastic. Many high-end spirits, for example, come in collector edition tins, as do belts, ties, fragrances, video games, Blu-ray discs, and other consumer goods. Metal is durable, long-lasting, and resistant, it's no wonder we package so many of the goods we want to keep in metal packaging.

The primary benefit of metal with regard to packaging is its recyclability. Though the idea of full scale, national recycling is historically new, humans have been doing it since mining began. If a piece of metal was broken or worn out, it was simply melted down and made into something else. You can beat swords into plowshares or melt down a few million cans to make a submarine. Of all the metal humans have mined over the last 250 years, nearly 100% of it is still in use today in some form. If we extend that back to the beginning of human civilization, nearly 85% of the metal we have ever mined is still in use. Metal has been recycled since long before we came up`with a word for it.

The benefits of using recycled materials should be fairly obvious. By using recycled metal, newly mined raw resources become less necessary, and all of the waste and energy associated with industrial mining can be curbed. It is estimated that by using recycled metal, for example, industry can reduce water pollution by 75%, air pollution by 85%, and direct chemical and by-product waste by 95%. Recycling metal can also result in a 75% energy reduction in the creation of usable materials, which only grow as long as the metal is continuously recycled and used.

Metal is the most recovered and most easily recycled material we currently have. Combined with its resilience, durability, and its numerous physical benefits, it is far and away our best choice for packaging a host of different products. Truth to tell, it always has been.

Invitation to discover attractive and effective packaging for the marijuana market

Visitors to Hoffmann the Tin's Webpackaging LIVE 3D showcase are invited to attend the company's on-demand webinar which features an in-depth discussion into the best packaging practices for the cannabis market.

Tin packaging is a great way to keep products safe and fresh. And stylish decoration on the metal exterior can make tins particularly captivating to children. But how can kids, or pets, be stopped from accessing the product inside? Hoffmann’s patented and customizeable child-resistant tins offer a safe solution.

Global provider of high-quality tins, Hoffmann, is exhibiting at the first edition of Webpackaging LIVE, a unique virtual packaging show in full 3D. Hoffmann will be featuring its Child Resistant Tins, as well as a variety of tins for nutritional products and personal care.

Hoffmann Neopac, a global provider of high-quality packaging for a broad array of industries and applications, will host a webinar exploring best packaging practices for the burgeoning North American cannabis market. Further information about the company's CR Tins, ideal for the cannabis market, can also be found on the company's Webpackaging LIVE 3D showcase.

Hoffmann Neopac, a global supplier of high-quality metal and plastic packaging for the pharmaceutical and FMCG industries, is acquiring the production lines for hinged lid cans from Trivium Packaging in Deventer, the Netherlands.

Hoffmann Neopac has introduced child-resistant, opaque tins for packaging damp and dry cannabis products. The new lineup comes in response to packaging requirements in increasingly widespread legalization of marijuana for medicinal and recreational purposes in the United States, Canada and worldwide.

Hoffmann Neopac offers the pharmaceutical industry as well as the dietary and food industries, food-suitable, flavor-safe tinplate tins as well as Polyfoil® tubes, in which food supplements, liquids and creams are securely packed and remain fresh. The newest tins and tubes are also certified to be childproof.

Nothing can replace a parent's love for their child. Our environment is also irreplaceable. Hoffmann's tins protect both children AND the environment.

Fresh air. Untouched nature. Clean water. We do everything possible to keep the environment healthy.

Recently, Hoffmann Neopac launched its "Metal is Eternal" campaign to inform consumers and corporate entities about the virtues of metal as a raw material and its pre-eminent place in the packaging universe. The campaign was brought to life through an interactive edutainment presentation developed at Webpac Digital Media Studios.

Metal tins are mainly made of recycled tin, one of the few permanent materials that can always be fully recycled and therefore preserves the environment. At 93.3%, Germany has the highest recycling rate for tin packaging from private households. 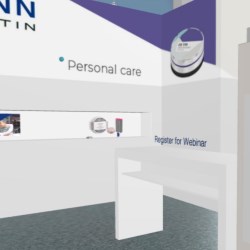 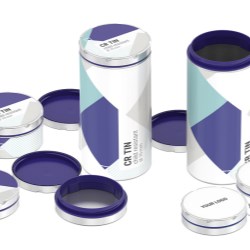 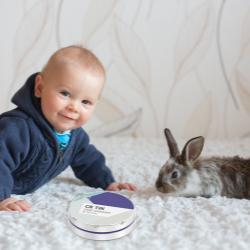 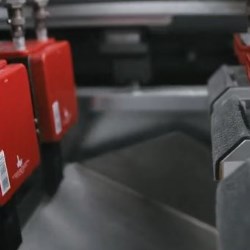 Tins at the highest level 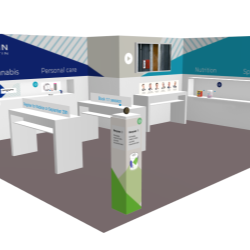 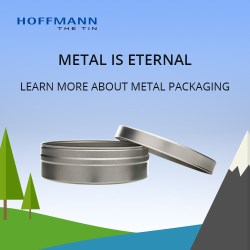 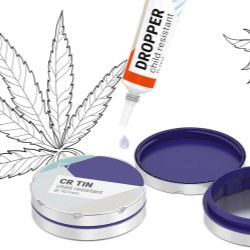 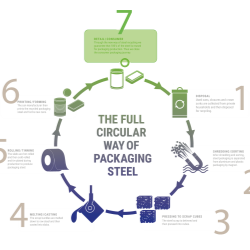 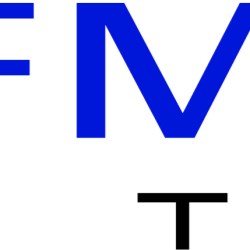