We are connecting you with a representative of LIBO Cosmetics. Maybe you can help us serve you better answering a few questions: 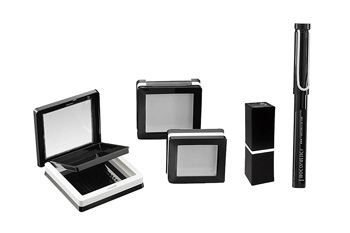 Libo Cosmetics, one of Asia's most innovative packaging producers for the cosmetic and personal care markets, has released a full line of cosmetic containers and complements oriented toward the simple elegance of black and white decoration. The new line takes the traditional concept of opposed visual elements to create unity, taking standard make-up tools and making them far more visually appealing and elegant than they would be with simple full colouring.

While black is normally considered too dark and white is too bright, LIBO has made the bold decision to juxtapose the two to offer a decidedly sophisticated appearance not found anywhere else. Companies no longer need to hem and haw between colour options for a desired effect, Libo has taken the guesswork out of creating a refined packaging concept in order to enhance a tasteful line.

The Pandora collection features square and straight line components to enhance sleekness and tidiness. The new decoration concept can be applied to any of the existing components in Libo's current catalogue.

Further, small improvements to existing lines have made the simplicity of the concept even more attractive. A good example is the inclusion of a pen cap clip on the mascara tube, ensuring it can be slid into a purse pocket and clipped in place for later use, offering  the consumer a simple way to get to the make up quickly without having to rummage through a bag. A small move, but a great idea.

Libo has been able to achieve the decorative effect of 3D water droplets on lipsticks, concealers and lip glosses.

Having previously launched its PET Refillable Lipstick, Libo has continued to expand the potential of its refillable range for lipsticks.

Libo has created not only a unique visual option for cosmetic palettes but also a sustainable alternative to reduce plastic use.

Introducing the new patented Maroon Blade Applicator! A new applicator design that delivers both on look and functionality

The Obsession set from LIBO cosmetics includes a classic palm-sized eyeshadow palette with a lipstick to create a perfect everyday make-up routine.

LIBO's loose powder jar is an easy-to-use powder jar that diffuses for an airbrushed, long-lasting makeup look.  The trampoline mesh inside the jar helps to control powder distribution and locks in makeup without excess product.

Introducing a lip gloss inspired by the color of the year 2022! Perfect for any user to apply fast and effortlessly.

LIBO's sustainable refillable PET lipstick is made with PET material and fully recyclable. The product features a heavy wall design that ensures the lipstick's sturdiness. Plus, the mono-material design makes it easier to recycle at the end of use.

Big lashes. Big impact. LIBO Cosmetics' big lash mascara is a volumizing mascara with a precision lash-building brush that allows product to glide on smoothly in order to create an easy full-lash look.

LIBO offers a variety of different doe foot applicator forms that are ideal for creating different make up effects and can be used with different formulations.

The PET refillable collection is part of our eco-friendly series of color cosmetic products.

LIBO's Diamond Luxe lipgloss is an ultra-luxe lip gloss packaging with a diamond topped cap that enables the user to apply any formula quickly and effortlessly.

LIBO's shimmer lip gloss packaging is offered in a cute, chubby lipgloss stick with a thicker applicator in order to apply the formulation to the lips smoothly and easily.

These PCR compacts manufactured by LIBO Cosmetics is not only environmentally friendly due to the use of PCR PET material, but also very versatile and ideal for a variety of make-up products!

Chubby sticks are an easy multitasker. They are perfect for a variety of different make-up products, including blush, lipstick, lip balm, contouring and highlighting.

LIBO Cosmetics' playful juicy lipstick is ideal for bold, creamy color to nourish lips. Designed for no-stress application, this lipstick can be mixed and matched to create sweet and juicy lips every day.

LIBO Cosmetics presents its vivid Very Peri collection, inspired by the 2022 color of the year. The set includes one lipstick and lip gloss, 2 compacts and an eyeshadow palette.

LIBO's warm peach gold make-up line has been designed with lazy afternoons in mind whereby warm sunlight shines upon the body. LIBO offers a range of decoration options for these products, and all processing is done in-house.

Money can't buy happiness, but it can buy you LIBO's marshmallow series - which is kinda the same thing! LIBO offers a range of decoration choices for its marshmallow lip glosses and lipsticks, including silk screening, hot stamping, metallizing and more.

A jar that combines both luxury and sustainability together: That is the refill jar from LIBO Cosmetics whereby the jar is refillable by switching out the inner pod.

LIBO Cosmetics has launched a brand new, innovative, refillable lipstick manufactured from 100% PET. It is ideal for enhancing product visibility in a transparent pack and being both recyclable and refillable, it ticks the boxes for sustainable make-up packaging.

Pop out from the shelf with LIBO's pop art compacts!

Vintage lipstick with colored base

LIBO Cosmetics' vintage lipstick is a simple and elegant vintage style aluminum lipstick case, featuring a subtle pop of vintage colors added to the base.

The PCR compact manufactured by LIBO Cosmetics is not only environmentally friendly due to the use of PCR material. It is also 40% less weight, and offered with competitive pricing.

After eating or drinking do you worry about your lipstick disappearing? Try this gorgeous long-wearing lip color! With 2 product vials, apply the shiny lip coat on top of the base coat and you won't have to worry anymore!

Specialist in the manufacture of make-up packaging, LIBO Cosmetics offers a selection of innovative square lipsticks that glide seamlessly onto lips to create an airy, weightless matt lip color. Easy to swipe, smudge and blend: Apply any formulation quickly and effortlessly.

LIBO Cosmetics presents a long-lasting easy eyeshadow duo to create everyday make-up that stays put for hours. This duo pack allows for intensely pigmented creamy eyeshadow at one end, with glitter eyeshadow at the other so that the consumer can just swipe and go! 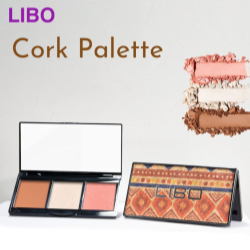 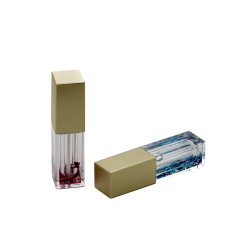 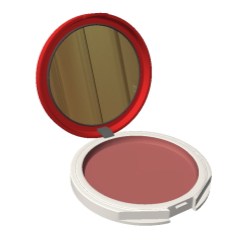 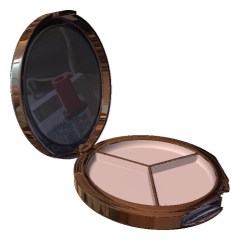 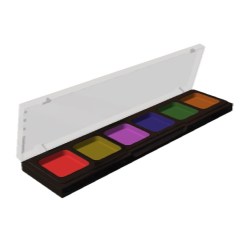 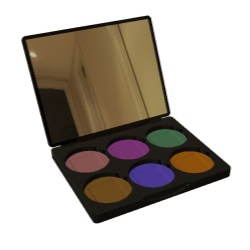