We are connecting you with a representative of Smurfit Kappa. Maybe you can help us serve you better answering a few questions: 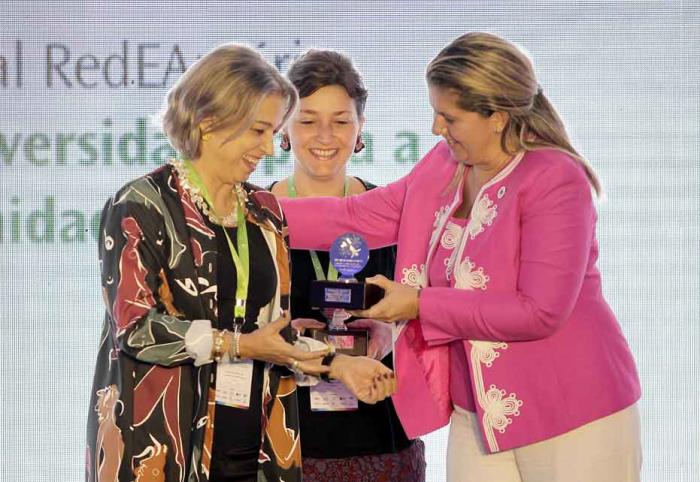 Smurfit Kappa has won the RedEAmérica CSR award for its community development programme in Colombia.

The ‘Integral Territorial Development’ programme, which was launched by the Smurfit Kappa Colombia Foundation over a decade ago, involved close work with a number of rural areas that were in need of development and support.

The activity was focused on the Southwestern region of Colombia and took a grassroots approach to implementing sustainable initiatives that would benefit the community. ‘People’ is one of the five strategic pillars of Smurfit Kappa’s ongoing commitment to sustainability along with forest, climate change, water and waste.

Smurfit Kappa owns 67,000 hectares of commercial forests in Colombia which are sustainably managed to promote the responsible use of natural resources alongside economic development, biodiversity protection and social inclusiveness.

Speaking about the award, Margareth Florez, Director of RedEAmérica, commented: “The Smurfit Kappa Foundation in Colombia has consistently contributed to the sustainable development of communities in Latin America.

“RedEAmérica sincerely thanks Smurfit Kappa for sharing knowledge and inspiring other organisations in their efforts to truly transform.”

Beatriz Mejia, Director of the Smurfit Kappa Colombia Foundation, added: “We were delighted to receive this special award. It’s great to be recognised for our contribution to the construction of peace in Colombia and the transformation of rural development.”

The jury that reviewed all award submissions, was composed of a panel of international experts including professors, consultants and directors of charitable organisations. The Foundation’s programme was chosen from 92 entries across 13 countries.

The Community Transformation award was given to Smurfit Kappa as part of the annual RedEAmérica meeting, which was held recently in Salvador de Bahía, Brazil.

RedEAmérica is a network of 80 companies and foundations that share knowledge and good social investment practice across Latin America and the Caribbean.

Smurfit Kappa's sustainable TopClip solution will be launched on the market by leading beer brewer Royal Grolsch as a paper-based replacement for the plastic shrink wrap currently used on their can multi-packs. The change is part of Grolsch's goal to become a zero-waste brewery.

Smurfit Kappa has introduced an innovative new Vitop tap to its Bag-in-Box range as part of its ongoing sustainability activity. The Natural Vitop tap does not contain any carbon black pigment. The new tap has a translucent body which is more likely to be recycled.

Smurfit Kappa has continued to demonstrate its leadership in sustainable and innovative packaging solutions by winning eight 2020 WorldStar Awards. The winning products originate from Austria, the Czech Republic, the Netherlands and the UK.

Smurfit Kappa has launched a portfolio of sustainable packaging solutions for bundling canned and bottled beverages. The innovative new corrugated range eliminates the need for single-use plastic and is 100% recyclable, renewable and biodegradable.

Smurfit Kappa has been awarded the prestigious “Order of San Carlos” medal from the Colombian Government for 75 years of dedication to the country.

As part of its ongoing Better Planet Packaging initiative, Smurfit Kappa has collaborated with one of its partners, Mitsubishi HiTec Paper, to create a new type of innovative and recyclable food-safe packaging. A combination of Smurfit Kappa’s expertise in paper-based packaging and Mitsubishi HiTec Paper’s strength in coated papers has led to the first product in the new range being shortlisted as a finalist in the Swiss Packaging Awards.

Smurfit Kappa has joined with companies HVC and Bluemats to unveil an ambitious plan for the first full beverage carton recycling plant in the Netherlands. Smurfit Kappa brings long-term expertise in paper-recycling installations to the project which has been awarded a European LIFE grant.

Smurfit Kappa has worked with a well-known Belgian specialty brewer to produce a sustainable packaging concept that eliminated the need for shrink film. Smurfit Kappa made recommendations for a 100% recyclable, paper-based solution which eliminated the requirement for shrink film. The sustainable new pack was also attractively designed and featured an in-built handle to facilitate easy transportation for the consumer.

Smurfit Kappa, global packaging leader, continues its investment in sustainable technology in Mexico, with a state-of-the-art new digital printer. An advanced new printer is set to be installed in the Atlacomulco corrugated plant in Mexico in response to the growing need for high-volume digital printing.

Swedish lighting specialist IFö Electric approached Smurfit Kappa to create a packaging solution that would enable its lamps to get from A to B in perfect condition. The lamps, which consist of a heavy ceramic base and glass top, were sometimes broken in transit. A replacement packaging solution was developed which recently won a ScanStar award, commended by the jury for it being a simple solution that solves several problems.

Smurfit Kappa has once again been recognised by the FTSE4Good Index for its commitment to sustainability. The packaging leader’s strong Environmental, Social and Governance (ESG) practices have secured its place on the list for the sixth year in a row. In order to be eligible for the listing, Smurfit Kappa was assessed on a rigorous set of FTSE4Good criteria which are aligned with the UN Sustainable Development Goals.

Smurfit Kappa has seen a marked increase in the number of companies seeking sustainable packaging alternatives for fresh fruit and vegetables. Portuguese grape producer Pomares do Sol approached Smurfit Kappa with the intention of finding a solution that would meet its sustainability requirements, increase the profile of its brand and have the capacity to withstand the journey through a complex and demanding supply chain.

Smurfit Kappa has created an innovative eCommerce packaging solution which has led to an impressive growth in sales for a fresh flower provider. Jardines de Los Andes is a leading Colombian flower grower that developed a brand called ‘Enjoy Flowers’ to target customers through the eCommerce channel.

Smurfit Kappa has used its eSmart service to enable the leading Latin American egg provider to successfully enter the eCommerce channel. Granja Mantiqueira decided to launch a new ‘Egg Club’ through which consumers could order eggs online for home delivery in Brazil.

Smurfit Kappa has won three awards for innovative and sustainable packaging solutions at the 2019 WorldStar Awards. The first product was for a life-saving dialysis kit, the second winning product was the stand-out ‘Cardboard Castle’ toy box and the third award for its ‘Packed like Sardines’ automotive pack.

Smurfit Kappa has been awarded with the ‘Transforming Innovation’ award from Kellogg's, in the Americas. The award was recognition for a recent project in which Smurfit Kappa redesigned the cereal giant’s packaging to optimise its supply chain.

Smurfit Kappa has joined forces with the Plastic Soup Foundation to stress the growing need for sustainable packaging. A strong synergy exists between the Plastic Soup Foundation’s mission to stop the plastic soup at the source and Smurfit Kappa’s Better Planet Packaging initiative which aims to address the challenge of packaging waste and litter that ends up in oceans and landfill.

Smurfit Kappa has seen a marked increase in the number of companies seeking sustainable replacements for shrink film for multipacks. The packaging leader, which launched its Better Planet Packaging initiative last year, has been working on a portfolio of products designed to replace shrink film, starting with the innovative Nor-Grip solution.

Smurfit Kappa Roermond Paper Mill’s integrated steam system has been held up as a shining example of sustainability for reducing its CO2 footprint by a further 3% in 2018. The steam project is part of an ongoing intensive energy and CO2 reduction programme at the mill which has achieved a specific CO2 emission reduction of 23% since 2005.

Smurfit Kappa, one of the world’s leading paper-based packaging firms, has opened a new plant in Tijuana, Mexico, demonstrating its long-term commitment to the country. The new folding carton plant will strengthen the company’s footprint in the Baja California region and neighbouring Northern Mexico states.

Smurfit Kappa has called on the world’s innovation community to contribute to the development of the sustainable packaging solutions of the future. The packaging leader has launched a new competition as part of its drive to solve one of the biggest challenges in the packaging industry – to reduce the amount of non-recyclable waste that is generated every day.

Customers were having difficulty telling accolade's three product tiers apart as their packaging had been designed primarily for logistics rather than display. Smurfit Kappa worked on a new design which resulted in a 13% sales increase when the new solution was implemented and a 22% increase in brand recognition.

Smurfit Kappa’s Vitop company, leading producer of Bag-in-Box taps and connectors, has launched an innovative new tap for high density products such as detergent, chemicals and oils. The Delta tap, which holds a worldwide patent, has been designed to permit air to enter without requiring an extra air fitting and can be screwed on to rigid plastic packaging.

Shelf Facer is a shelf-ready pack designed to boost product sales and raise brand awareness in-store. Trialed in a UK pilot scheme for premium cereal bar brand Stoats, the Shelf Facer led to an impressive 13.8% uplift in sales. Smurfit Kappa drew on insights from its ShelfSmart service and replaced Stoats’ existing pack with the Shelf Facer which has an in-built merchandising solution to maintain an attractive on-shelf presence.

Smurfit Kappa has a strong track record in sustainability and embeds circularity across all its business operations. The company has been recognized for its ongoing work by winning an Andesco Award, the Colombian award which recognises the exemplary achievements of companies in the public utilities and communications sectors.

Smurfit Kappa today announces that it has achieved 90% chain of custody certification by FSC®, PEFC™ or SFI™ for the packaging it sells to customers, demonstrating its long-standing commitment to sustainability.

Smurfit Kappa announces an agreement to purchase the company Litbag, in order to reinforce its position in Southern Europe.

Smurfit Kappa has announced a major investment in a high quality offset printer which is the first of its kind in Europe.

Smurfit Kappa has walked away with five of the most prestigious design awards from the internationally recognised Red Dot Award for Communication Design.

Smurfit Kappa will showcase its large range of packaging solutions and expertise for wine at SITEVINITECH tradeshow in Mendoza, Argentina, from October 27th-29th.

Smurfit Kappa and Nestlé Waters have jointly won the ‘Innovation for Business’ category at the prestigious Trophee de Achats, an awards programme to recognise outstanding achievements between purchasing departments and suppliers. 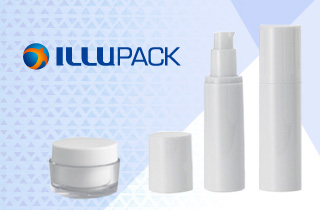 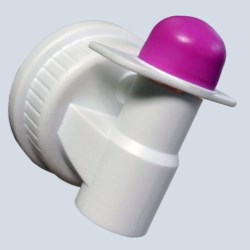 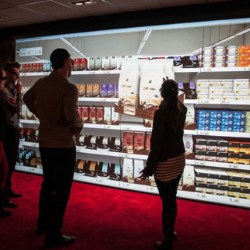 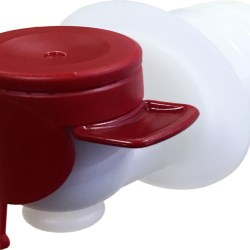 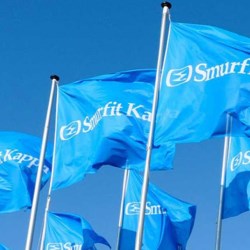 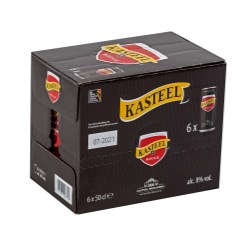