The Flatti mascara that applies formula from the root line

Many types of mascara exist on the market and not all are special – but FS Korea's Flatti is. Coupling a unique flat applicator with a sleek design, the bottle opens with a simple pulling action, and the extraordinary flat applicator reaches deeper into the lash line - super-close to the roots of the lashes. 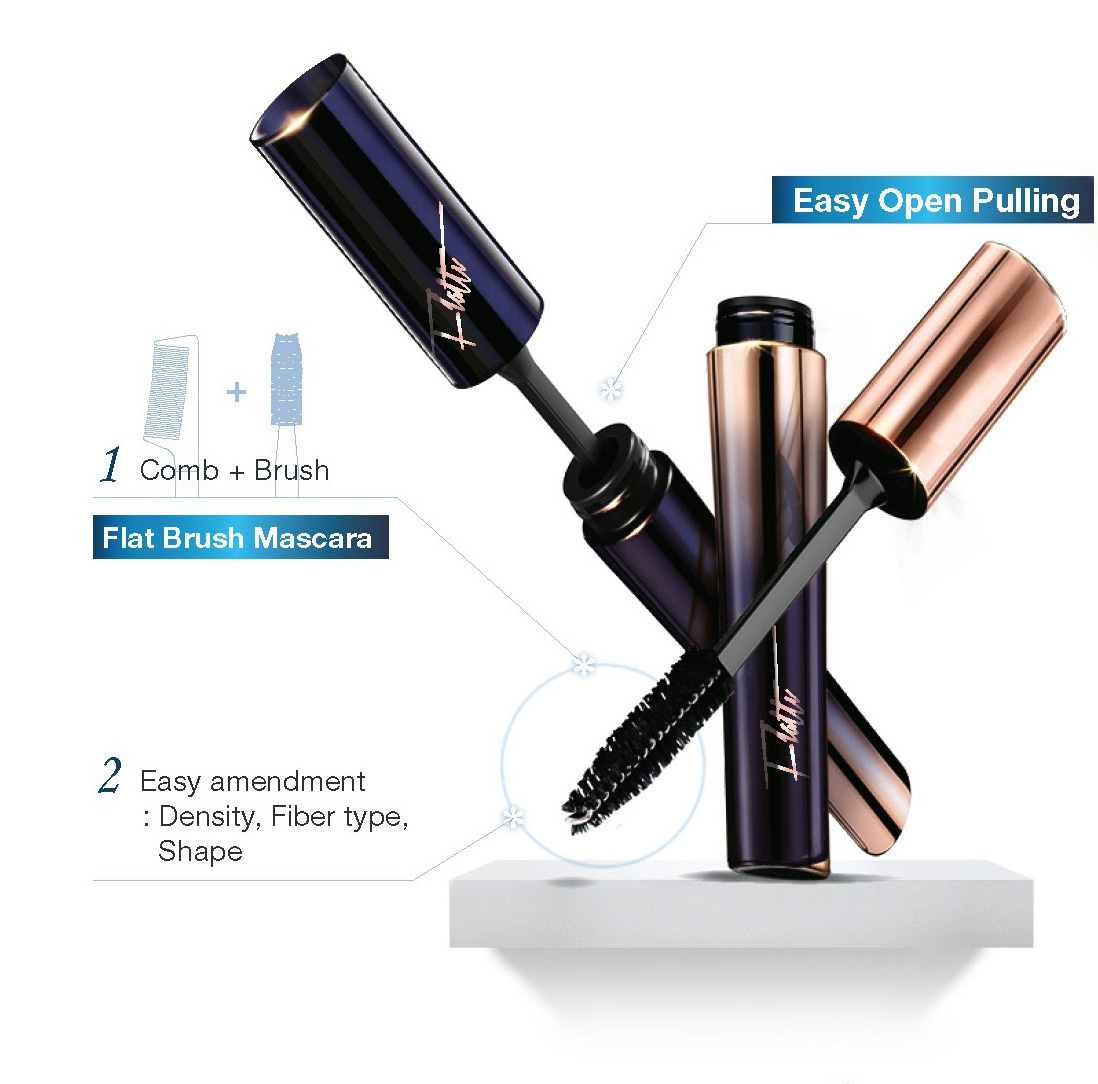 With Flatti achieving voluptuous lashes couldn’t be easier thanks to its miniaturized flat comb-shaped mascara brush. The tines are designed in such a way to effectively separate lashes and help eliminate clumping issues resulting in extra-long length lashes.

Flatti's amazing applicator is unprecedented in its ability to make up lashes from the root of the lash - closer than any other mascara available on the market. Thanks to its special flat design, a superior volume of lashes can be made up as the bristles carry more formula than other generics.

Until now, a mascara brush with short, comb-shaped and tightly-spaced bristles has been ideal for adding volume, whereas a brush with long and spread-out bristles has been best for lengthening and separating lashes. Now, Flatti has succeeded in combining the best qualities of both the long and short bristled-brushes. The screw-bristled brush coats even the tiniest lash, adding the volume and is strong enough to coat lashes from root to tip adding length.

FS Korea's Flatti is a revolution in eye make-up at its best.