Federica Bonaldi tells us all about Lumson! 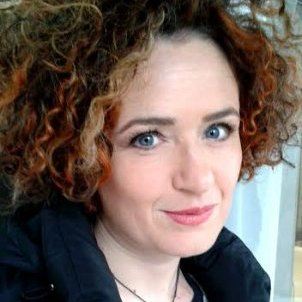 In this interview piece, Federica Bonaldi, Lumson's marketing manager and resident digital presence expert, tells us all about the firm including its history, the changes it has undergone, and where it's headed.

So Federica, what sort of things is Lumson involved in?
We're a leading company in Europe in the development, production, decoration and distribution of primary packaging for the cosmetic, make-up, and pharmaceutical markets. We offer a lot of turn-key solutions as well as full solutions for companies.

And what part do you play in the company and its activities?
I'm the Marketing Manager but I wear a lot of different hats. I handle all of the company's online activities as well as take care of trade shows, communication, and PR. I also coordinate our participation at events around the world.

Do you have a strong presence worldwide, then?
Currently we're headquartered in Capergnanica, which is only about 40km from Milan in the north of Italy. We have branches in a number of major European markets including France, Germany, the UK, Spain, and Poland. We also operate further abroad in the United States. Thanks to an integrated network of commercial agreements, the group also has strong business relationships with customers operating in Russia, the Middle East, Africa, and South America.

What markets does your company primarily target?
We're tend to focus on luxury and premium items. With regard to markets, we tend to work in the cosmetic and pharma spaces, though as I said, always with a focus on upscale items

Has that always been the case? Or have there been changes at the company over the years?
Things change, certainly, but we've always provided high quality solutions. Over the years, Lumson has consistently raised the bar by creating innovative products that have influenced the industry. In 1995 for example, we launched our first cosmetic pump. In 2003, the "smart" pump followed. With the development of the TAG system, Lumson set another milestone, as it combines the functional and technical advantages of our airless system with glass. We also released our proprietary APP system, which stands for Airless Plastic Packaging. That system really exemplifies Lumson’s extraordinary know-how.

So you're company was seminal to the introduction of airless packaging?
Of course. We invest a lot in technologies and patents. It is one of our primary goals to be on the technological forefront. We focus on airless systems and believe they have significant growth potential.

And you manufacture all your proprietary designs in house?
Yes, all our products are 100% made in Italy according to the highest quality standards. In fact, in 2000, Lumson obtained ISO 9001 certification 9001 followed by ISO 14001 certification in 2012.

Is the company experiencing growth?
Yes, but we have been growing for some time. Currently, we have over 300 employees. Part of growth is due to specific acquisitions, like our purchases of PMP in 2011 and and ModaPack in 2013. PMP was a qualitative producer of plastic bottles and had always been one of our major suppliers. ModaPack was a specialist in the area of colour cosmetic packaging, and its acquisition enabled us to make an effective inroad into the make-up packaging market.

That's quite a list! And quite a memory!
Well, I work with those names everyday, they're our customers.

What challenges does your firm currently face? How do you plan to surmount them?
I think we could be even more of an international player than we are. We're planning to extend our international reach, eventually through selective acquisitions. Our most immediate priority is the United States, where we are growing nicely.  We need to face the challenges of growing internationalization. As our clients become more and more global, we need to be positioned to support them on an international scale.

Do you have any new items or services you want to mention? When will they be released?
We are working on some new packaging to be launched next year, at Cosmoprof 2016. I'm sure we'll see updates on what's coming on our website and on Webpackaging.

Will you be at any shows this year?
Yes, we have a full agenda of trade shows we will attend in 2016. We were a part of PCD, and also attended Packaging Innovations Birmingham. In March,  Cosmoprof Bologna is unmissable, it's very close to home. The tight schedule continues with Pharmintec Bologna in April and in May we hit Luxepack New York and Beauty World Middle East in Dubai. June will see us in Paris again at Make Up in Paris, followed by Cosmetic Business in Munich (Germany) and Cosmopack New York. July is the month of Cosmoprof North America in Las Vegas. September will also be a busy month with Make Up in New York and Luxepack Monaco in Montecarlo. The year ends with another show in Paris, Cosmetic 360 by Cosmetic Valley and then Empack in Madrid in November. Some further shows have still to be confirmed.

That is a busy schedule! I'll make sure to mention you on the event calendars we have.
That's why we're on Webpackaging, to promote our latest innovations, news, and services worldwide.