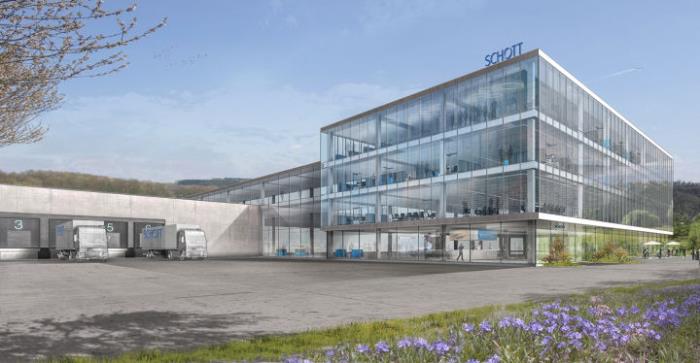 The SCHOTT technology group is set to invest around 300 million euros in the next three years in the expansion of its core business of glass tubing as the starting material for pharmaceutical packaging as well as pharmaceutical packaging made of glass and polymer, reinforcing its strong belief in overall growth in demand for these products. Production capacities will be significantly increased, in Europe and Asia in particular.

“Today, we produce pharmaceutical glass tubing that is converted into approximately 25 billion pharmaceutical packages, such as vials, syringes, ampoules, or cartridges, produced by SCHOTT and other suppliers around the world. Due to the strong demand for our products, we intend to further expand our leading position. We are now sending a signal that we are strengthening our presence in Asia,” explains Dr. Frank Heinricht, Chairman of the Board of Management. “As a supplier, we are also contributing further to improving access to safe medication for local populations with these investments.”

“Several regulatory initiatives in China aim at packaging pharmaceuticals more safely to better protect patients. For example, a higher quality glass is to be used for pharmaceutical containers. Our FIOLAX® glass tubes have been the gold standard for pharmaceutical packaging since 1911 because they are particularly resistant to chemicals. We are currently in the qualification phase in China and assume that there will be an even higher demand for high-quality borosilicate pharmaceutical glass in the medium term,” Heinricht adds.

The strong demand for FIOLAX® glass tubing has prompted SCHOTT to build a new plant in Jinyun County, Zhejiang Province, which is scheduled to start production in 2020 and will serve the Chinese market. The investments in the coming years for this plant will amount to a three-digit million amount. SCHOTT has more than 900 employees at several locations in China and will create 300 new jobs by opening this plant.

Constructing the new melting tank will also allow the company to expand its production capacity for FIOLAX® at its pharmaceutical glass plant in Jambusar, Gujarat, India. The investment volume, including the new hall, energy supply, and warehouse, amounts to more than 20 million euros. The investment also involves the creation of around 70 new jobs. 380 people in total will be employed at the plant. The melting tank is scheduled to begin operation in early 2020.

Another growth area are prefillable polymer syringes. In light of the strong market demand, SCHOTT will expand respective production capacity at its sites in St. Gallen (Switzerland) and Müllheim (Germany). SCHOTT TOPPAC® polymer syringes are lightweight, break-resistant and made of cyclo-olefin copolymer (COC). This transparent polymer is particularly well suited for packaging and storing medications, including those used in cancer therapy, emergency medication, intensive care or cosmetic applications – all of which are high-demand treatment areas. Hence, new production lines for polymer syringes have been constructed and put into operation at the St. Gallen plant since the middle of 2018. SCHOTT employs 500 people at the site.

In addition, a three-digit million euro amount is being invested in a new production facility for prefillable polymer syringes in Müllheim. The SCHOTT site’s 250 employees currently produce mostly pharmaceutical vials made of glass. A new production hall, an administrative building, and a pilot center will be built adjacent to the existing plant by 2022, creating approximately 100 additional jobs. The new lines in St. Gallen and Müllheim will be equipped with state-of-the-art production and cleanroom technology.

Caption: SCHOTT is expanding its production facility for pharmaceutical packaging in Müllheim. The groundbreaking ceremony for a new plant for polymer syringes is planned for early 2020. Photo: SCHOTT