We are connecting you with a representative of Weener Plastics. Maybe you can help us serve you better answering a few questions:

Weener Plastics Group today announced the appointment of Adrian Whitfield as its Chief Executive Officer. He will succeed Anthonie Zoomers on January 27, 2020, who has served as interim CEO for the past six months.

Adrian Whitfield has 30 years of experience in senior roles across numerous industrial sectors, including packaging, specialty chemicals and engineering. He has a highly successful track record of delivering profitable growth in internationally competitive markets.

Prior to joining Weener Plastics Group, Adrian Whitfield was CEO of Wilmcote Holdings which has a strong focus on specialty chemicals assets. From 2006 to 2015, he was CEO of Synthomer. During his tenure he transformed the company into a world leading speciality chemicals company, approximately doubling the turnover and quadrupling the profitability of the Group. Before that, he was the founding CEO of DS Smith’s Plastics Division, a fast-growing international plastic packaging producer.

Niall Wall, Chairman of the Supervisory Board of Weener Plastics Group, said:

“We are delighted that Adrian is joining the Group as CEO. Given his track-record, he brings the perfect combination of skill set and experience to execute on strategic and operational initiatives to give new momentum to Weener Plastics’ profitable growth and to further strengthen the company’s position as market leader for innovative packaging solutions.”

“We would like to thank Anthonie Zoomers for his strong commitment and the contribution as interim CEO. In a relatively short period of time, he was able to further develop Weener Plastics Group while enabling us to take the time necessary to find a successor. We wish Anthonie all the best and continued success for his future career.”

Weener Plastics offers Nube, a cosmetic jar with lid available in two sizes: 200 ml and 300 ml. Nube is perfectly suitable for Personal Care applications such as facial, hair and body care. The Nube jars can compliment a complete packaging range.

Weener Plastics (WP) has now received the ISCC Plus mass balance certification for its site in Maçanet de la Selva, Spain. This means this site can now offer its customers high-performance plastics made from renewable attributed raw materials in the same good quality as fossil-based plastics.

Weener Plastics believes in a circular economy and is committed to reducing the use of fossil feedstock. The company has received the International Sustainability and Carbon Certification (ISCC) Plus accreditation for its use of sustainable raw materials.

Need to freshen up shoes after intensive activity? Weener Plastics (WP) has developed Carl, a smart shoe deo spray concept with two sprays circulating in opposite directions. In addition, Carl is a very sustainable solution. It has been especially designed to be produced from Post Consumer Recycled polypropylene.

Weener Plastics has developed Carl, an innovative one-piece aerosol spray actuator to freshen up shoes. Carl benefits from a practical spray concept that is easy to apply, as it can be placed in an upside-down position in the shoe.

Global packaging manufacturer Weener Plastics has become an official participant in the Amazon Packaging Support and Supplier Network (APASS). The company is experienced in designing, developing and manufacturing rigid plastic packaging that meet demanding e-commerce delivery circumstances. Accordingly, Weener Plastics is pleased to be qualified as a member for Amazon's Frustration-Free Packaging Programs.

Sustainability is the most important topic in the plastics industry. Brand owners and plastic packaging manufacturers are eager to reduce the environmental footprint of plastic packaging. Kao has great ambitions in this area. The Japanese personal care manufacturer is introducing rPET bottles for its renowned hair care brand Guhl, manufactured by Weener Plastics.

The inventive development team at Weener Plastics (WP) in Brazil developed the Eco Green Tube, an environmentally-friendly, mono-material squeeze tube for Personal Care solutions. Sustainability was the key challenge for the development of this standard 40 mm tube, being the first real “green tube” in the market. With a production base in Brazil, the Latin-American market is targeted.

As pressure to ‘think green’ escalates through the roof, sustainability continues to be an integral part of Weener Plastics’s strategy. Boasting unrivalled technological competences, the company develops packaging components for the personal care, food & beverage, and home care markets, working incessantly towards minimising its carbon footprint. Ilona Vermeer underscores the importance of sustainability solutions for Weener, explaining how it is determined to make the plastics packaging industry circular in the next years.

Henkel and Weener Plastics have teamed up to translate a challenging new laundry detergent closure design into reality. The result is an appealing, functional dispensing closure that perfectly complements the newly designed bottle and has the ultimate mix of characteristics: a sustainable system with excellent pouring behavior, suitable for e-commerce use and optimal efficiency in manufacturing and logistics.

For many years, Nivea has been Beiersdorf’s loved and always reliable global skin care brand. Great care was taken in selecting a packaging supplier for their new female deodorant and anti-perspirant range. Weener Plastics (WP) was chosen to design, develop and manufacture the new twist-lock spray cap, including development and manufacturing of the tooling.

Weener Plastics (WP) Group acquires Latin American packaging solutions provider Proenfar from Altra Investments. The agreement was signed on 23 April 2018. With this acquisition, plastic packaging supplier WP continues its expansion in emerging markets and strengthens its product portfolio. The parties have agreed not to disclose the purchase price. The transaction is subject to customary closing conditions.

Driven by innovation and the ambition to push boundaries, Weener Plastics (WP) has initiated a variety of circular economy programs. One of these initiatives is the introduction of non-food standard caps and closures made from up to 100% Post Consumer Recycled (PCR) polypropylene.

Nivea Hand Care’s alluring packaging isn’t just pleasing to look at. Picking it up is almost irresistible – and delivers a pleasant consumer experience. That is why the appealing packaging has received several awards in 2017, such as the Red Dot Design Award for Communication Design and the German Packaging Prize. A welcome compliment for the hinged dispensing closure produced by Weener Plastics, which is functional, convenient, reliable and attractive.

Weener Plastics (WP), headquartered in The Netherlands, has acquired the shares and operations of Orange Products Plasticos Ltda in Brazil (OPB) from Orange Products Inc (OPI) and C-Pack, its current shareholders. The transaction was closed on 11 October 2017 for an undisclosed amount. This acquisition is in line with WP's M&A strategy.

Taking the initiative to present innovative and cost-effective new solutions for customers is a strong point for Weener Plastics, one of the leading lights in the global synthetic packaging technology market.

Weener Plastics is strengthening its well-established position as a strong, competent and reliable full service global supplier of innovative plastic packaging solutions. Therefore, it is implementing a new corporate identity, the HQ is being relocated and several name changes are being executed.

Out of more than 70 global suppliers for plastic caps, closures and bottles, Weener Plastics (WP) US has been awarded the Vendor of the Year award by TricorBraun, based on its vendor performance report systems.

Weener Plastic Packaging Group (WPPG) has acquired the shares of its joint venture partner Globalpack and currently owns 100% of Weener Globalpack Indústria Plástica Ltda in Jaraguá, São Paulo, Brazil. The plant produces plastic packaging components for deodorants and antiperspirants. The company has been renamed and will operate as Weener Indústria Plástica Ltda from now on.

In recognition of market demands for innovative and superior quality tubes closures, Weener has developed a family of attractive tube closures called CosmoTop. These are available in several diameters, designs and surface finishes. Various smart features with additional consumer benefits were incorporated in this development.

Weener Plastic Packaging Group (WPPG) has expanded its production activities in the Netherlands. The facility in Ede – Plasticum Netherlands, part of WPPG since June 2013 – has almost doubled its operations with the annexation of its 4,400m2 neighbour building. A newly built corridor connects the two buildings, resulting in a total space of 11,000m2.

Weener has launched its new corporate website - www.wppg.com. Plasticum - part of the Weener Plastic Packaging Group since June, 2013 - has been integrated into the new site. The fully redesigned website has a contemporary look and feel, and much more user-friendly navigation, following the latest world wide web web standards. The new site reflects the company's focused strategy and the capabilities to meet today's customer needs.

Hochland, the leading expert for cheese products in Europe, has recently launched a new range of cream cheese products. Being a valued supplier for many years, Weener Plastic Russia was awarded the job to design and develop the complete new packaging range. The packaging is functional and appealing. The jars and lids are injection moulded while decorated with an In-Mould-Label and have been optimized to offer a stable and sound filling process on high speed filling lines.

The Weener Plastic Packaging Group has developed a new patented cost-effective dosing system: the Pure Dispense technology. The applied membrane is a sustainable solution for an accurate and controlled dispense of various formulations, thanks to the efficient and direct movement of the membrane when squeezing the tube or bottle. It is particularly suitable for personal care solutions, such as creams, gels and lotions.

Weener Plastics has developed the Nutri-Line, a new total packaging concept for a safe and hygienic dosing of infant formula which benefits a patented tamper-proof indicator. The Nutri-Line features a hinged lid with a convenient grip for easy opening and closing, and an integrated stackable scoop.

After being a minority shareholder for 8 years, the Weener group, a German based globally active corporation, has acquired the remaining shares of the Mumbai headquartered Weener Empire Plastics Ltd for an undisclosed amount. The deal includes 7 factories across India. 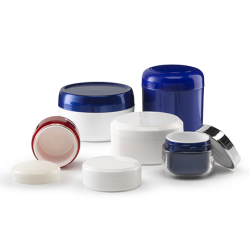 Weener Plastic Ibérica has been ISCC Plus certified 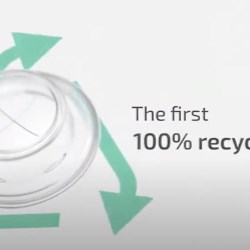 Carl, a dual spray actuator for optimal freshness in s... 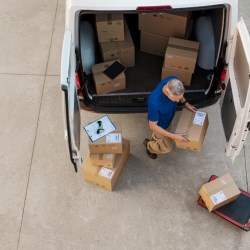 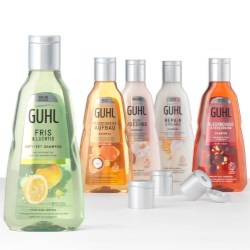 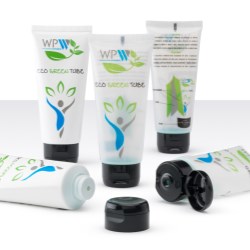