By now, most people in the packaging industry know what "greenwashing" is all about, the use of terms related to environmental protection to bolster the perception that the company in question is a "champion of the Earth". Simply claiming that a company is "eco-friendly" because it produces plastic containers that are recyclable just doesn't qualify as genuinely beneficial to the environment, though. Since anything related to helping the planet is something of a hot topic, many companies are bantering terms like "sustainability", "eco-friendly", or simply "green" almost indiscriminately, with no genuine claim or proof of their commitment. On the Webpackaging website, for example, our content team habitually changes the marketing term "eco-friendly" to "eco-sensitive", as the former carries a feeling of doing something actively beneficial for the environment whereas the latter simply states that the firm bears the environment in mind when doing business.

Genuine eco-friendliness, then, must entail initiatives that do something to improve the state of the environment, whether through an active initiative to improve a situation or through curtailing a negative action to halt its effects. Few firms actually take the time to do so. One stands out with regard to launching not just one, but several parallel initiatives in order to be able to make a genuine claim of eco-friendliness: Tetra Pak. 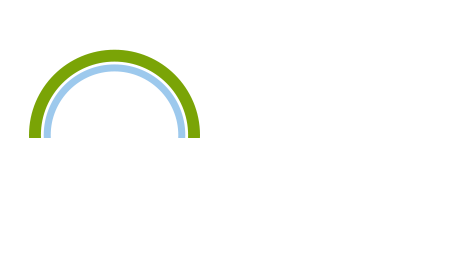 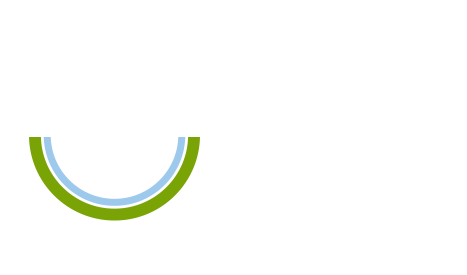 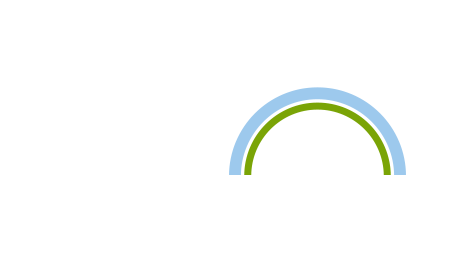 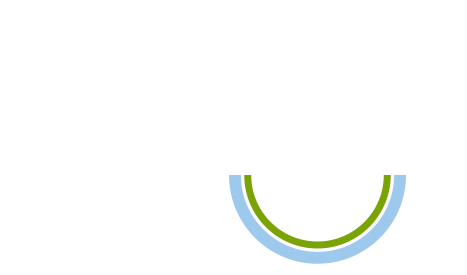 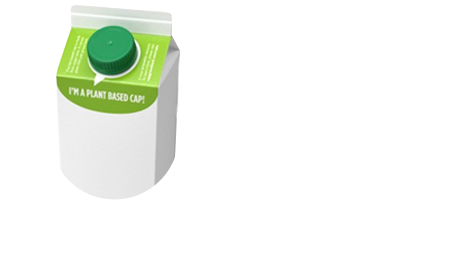 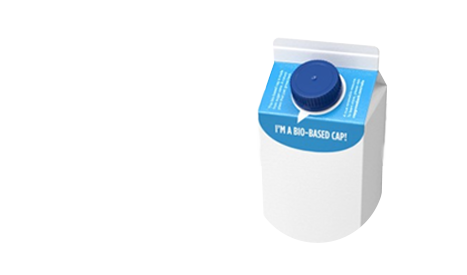 First and foremost, the company participates in the responsible sourcing of its raw materials. By using wood fibres as the prime raw material of its products, Tetra Pak minimizes the need for utilizing fossil carbon based materials, which lead to a permanent increase in the greenhouse gases in the atmosphere. Sourcing fibres from responsibly managed forests ensures that biodiversity, ecosystem functions, and high conservation values are maintained, and that social benefits are created from responsible forest management practices.

The goals for the firm are clear. First, that all the wood fibre in the Liquid Packaging Board (LPB) created come from forests independently certified as managed in accordance with the principles of sustainable forest management. Second, to demonstrate traceability from the forests all the way to the packaging material produced at sites globally, which can only be achieved through independent certification of the total Chain of Custody (CoC). In order to ensure 100% of the LPB Tetra Pak purchases globally conforms to the above standards, the company has set minimum requirements beyond applicable legislation with which suppliers are expected to comply, based on the Controlled Wood Standard of the Forest Stewardship Council (FSC–STD-040-005 v2-1 EN). Hence, the LPB delivered to Tetra Pak must not include:

Making sure that the wood used for its products is sustainable is only one of Tetra Pak's many initiatives. The company also does a lot to invest in innovative products that ensure eco-friendliness remains a company hallmark. A good example is using new closures complementary to the firm's containers, the world's first bio-based cap for gable top packages. Manufactured using high density polyethylene (HDPE) derived from sugar cane, the bio-based version of the firm's TwistCap OSO 34 marks another step forward in Tetra Pak’s ambition to make fully renewable packages. In 2013, the company delivered 1.1 billion bio-caps globally, an increase of more than 80% over the previous year.

About 80% of the material in a one-litre Tetra Rex carton is paperboard, which is made from wood, a renewable resource. By introducing the new bio-based cap, the content of renewable material in the package increases by an additional 4% which helps to improve the environmental performance of the package without compromising its functionality or recyclability.

Launches of bio-based caps have been appreciated by customers like Valio, the Finnish dairy that is the first to use the new version of TwistCap OSO 34 for its products," said Christina Chester, Product Director at Tetra Pak. "We are glad that customers see value in our efforts to help them boost their environmental profile."

Tetra Pak customers using the standard TwistCap OSO 34 can easily transfer to the bio-based version without the need for any additional investment or modification to their existing filling machines, so really, there really isn't any good reason not to do so.​ 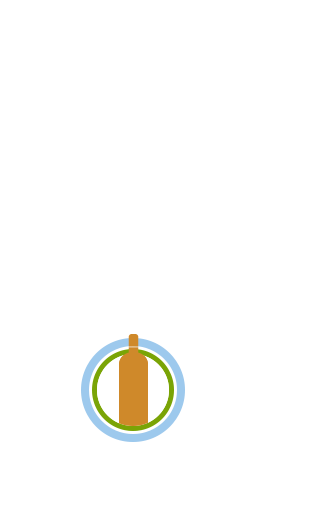 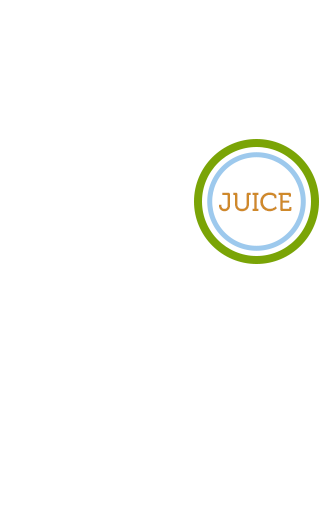 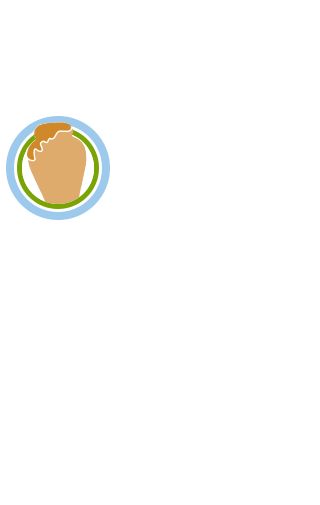 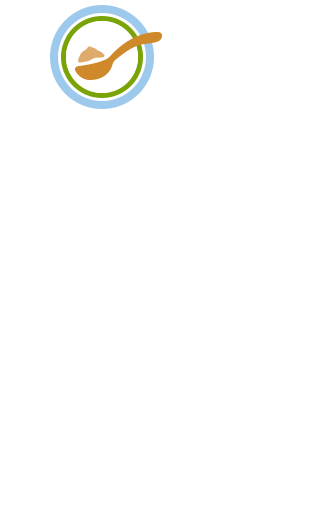 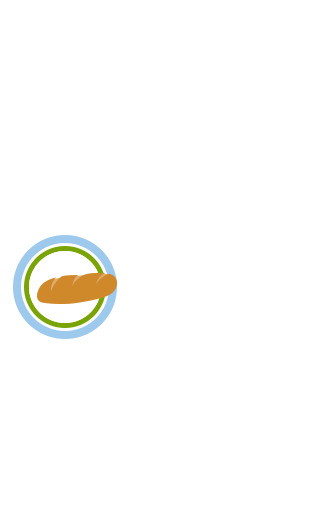 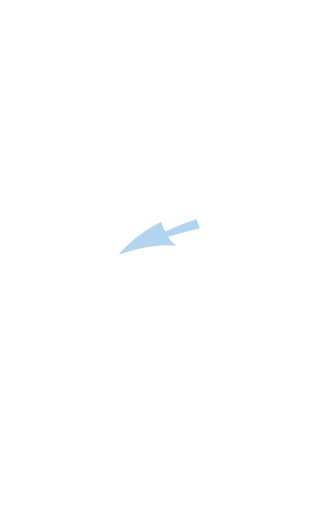 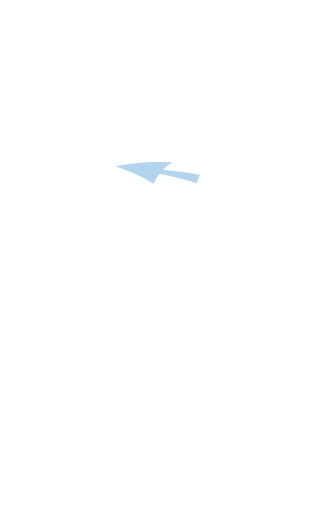 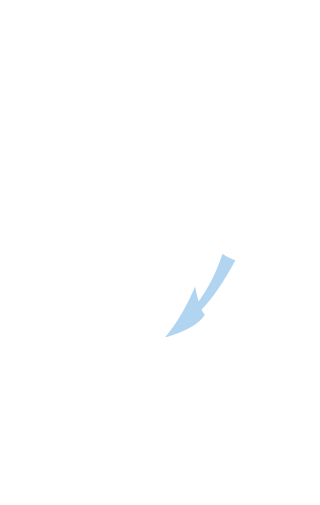 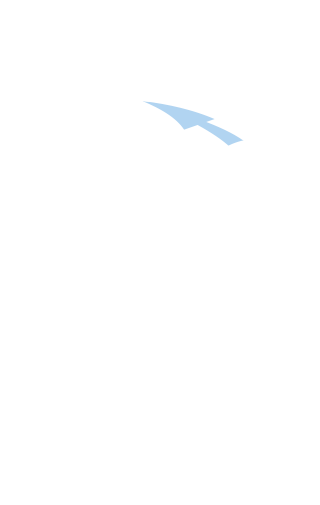 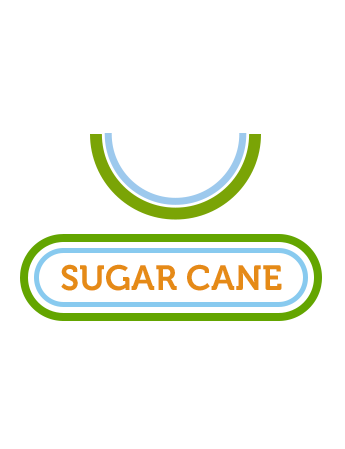 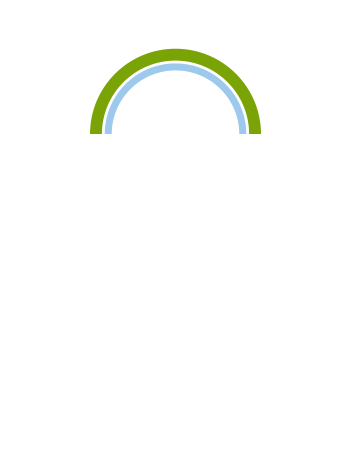 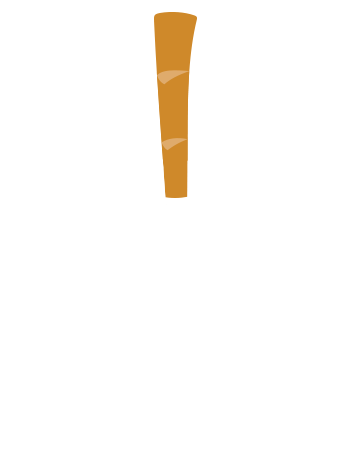 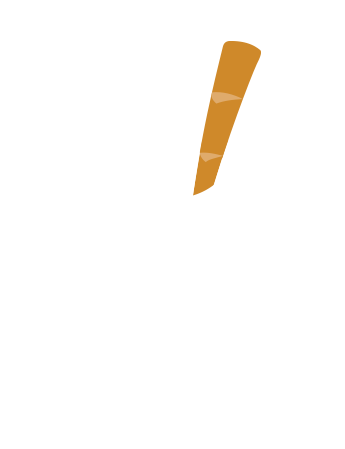 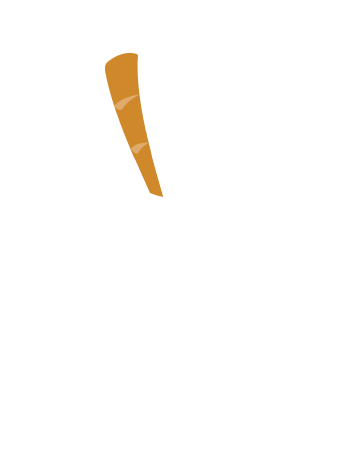 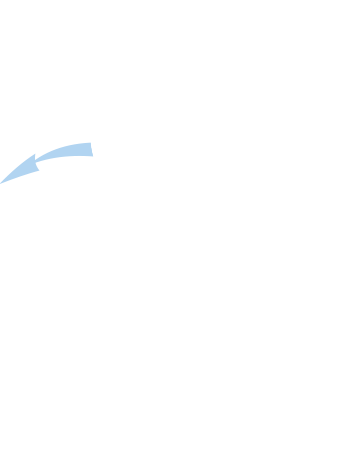 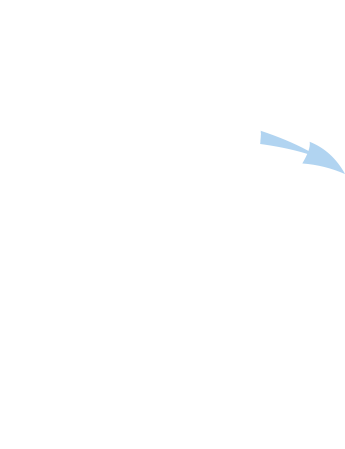 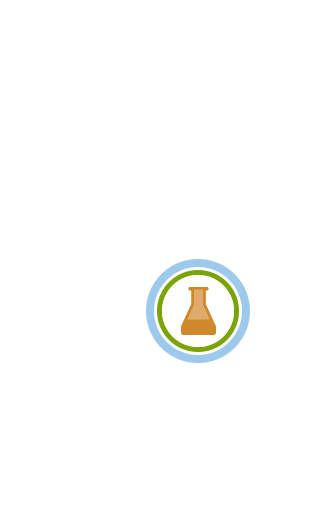 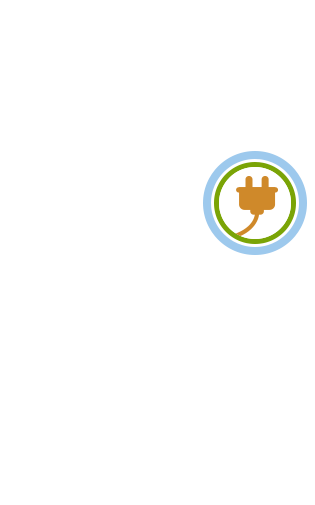 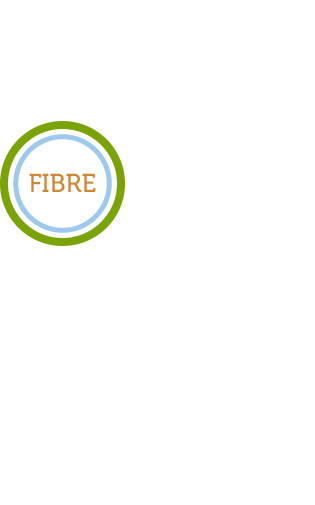 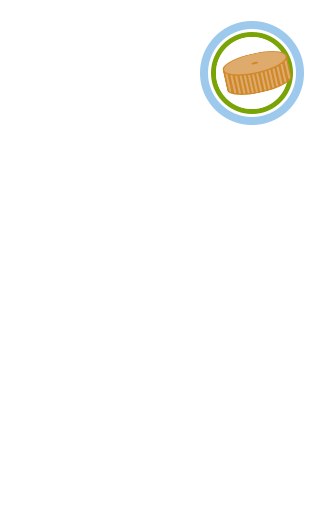 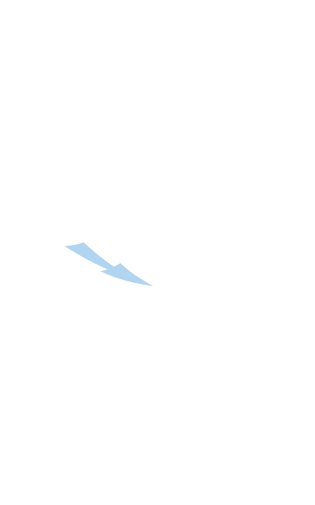 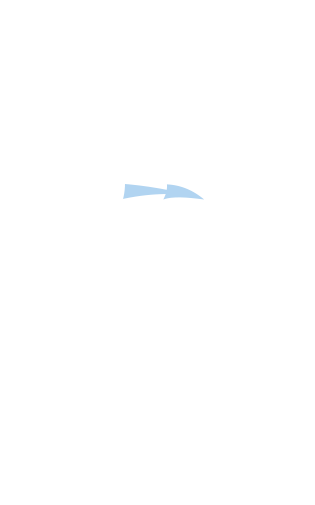 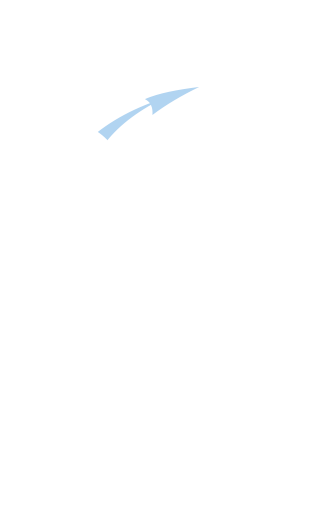 When sugar cane is processed, we derive materials from it: juice and fibre. From the juice, we derive such products as refined sugar, molasses, yeast, and spirits. The fibre, previously considered a waste material, is now used for a number of things, including bio-plastics, energy production, and chemical development.

The bio-plastic isn't only useful for closures, it can also be used for films and layers in combination with wood-based products. As of the second quarter of this year, all of the packages Tetra Pak produces in Brazil use bio-based low-density polyethylene (LDPE). In February, Coca-Cola Brazil became the first company to use the new packages for its Del Valle juice beverages, previously sold in regular cartons. Following that success, the pilot has been extended to include all 150 customers that source from Tetra Pak Brazil, a total of more than 13 billion packs every year.​​

Produced by Braskem, one of the world’s leading biopolymer producers, bio-based LDPE used in Tetra Pak cartons has the same physical and chemical properties as the traditional fossil-fuel derived polyethylene.

We are particularly proud to be the first in the industry to use bio-based LDPE in carton packages", said Charles Brand, Vice President Marketing & Product Management at Tetra Pak. "We believe that the best way to protect the sustainable future of the packaging industry and meet the global challenge of a growing scarcity of fossil-fuel based raw materials is to further increase the use of renewable resources. We have set an ambition to develop a 100% renewable package, building from an average of 70% today. This launch is an important step in that direction." ​​

The ultimate goal is to have less of an effect on the world's eco-systems by ensuring that resources can be used, cultivated, and replaced rather than simply extracted, as well usher in a number of innovative concepts designed to avoid the use of products based on fossil fuels. By doing so, Tetra Pak can rightfully claim to have an "eco-friendly" outlook, evidenced through the number of initiatives the firm currently maintains.

For more details, take a look at their Sustainability Update 2014.