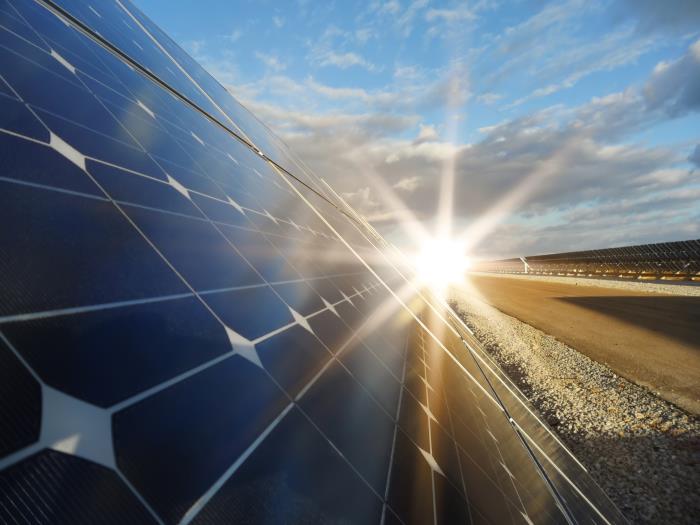 Tetra Pak now obtains half of its global electricity supply from renewable sources, putting the company firmly on course to meet its RE100 commitment of using only renewable electricity across all global operations by 2030.

In the past two years alone, the company’s use of renewable electricity has increased by a factor of 2.5, up from 20% in 2016. This has been achieved through a combination of initiatives, including the purchase of International Renewable Energy Certificates (I-RECs) and solar power installations at its own facilities.

"Using renewable energy is an important part of our journey to reduce the carbon impact of our own operations and so help tackle climate change.

Through the purchase of renewable energy certificates, we are investing in the development of infrastructure to increase the availability of renewable electricity. Meanwhile, we are also exploring opportunities to scale up our own on-site solar power installations.”

Tetra Pak’s factories in Sweden, Denmark, Finland and South Africa use electricity from 100% renewable sources and 17 of its major sites now run exclusively on renewable electricity.

RE100 is a global, collaborative business initiative led by The Climate Group in partnership with CDP​ to drive demand for, and delivery of, renewable power.

Tetra Pak has announced that it is ready to deploy its portfolio of tethered cap solutions. The portfolio brings numerous benefits to food and beverage manufacturers and consumers, as the company builds on its vision of the most sustainable food package. These benefits include minimising litter, as the cap will stay attached to the package.

Tetra Pak has introduced a new collaborative innovation model with leading paperboard producers, a move aimed at tackling the food packaging industry’s sustainability challenges. The traditional operating model of a linear supply chain has changed, and a new partnership ecosystem model is emerging, where the entire industry works in close collaboration.

Tetra Pak has unveiled findings from its global research study, in partnership with Ipsos, showing that food safety is a major issue for society. The same amount of respondents believe that COVID-19 is a “real threat.” At the same time, concern for the environment remains strikingly powerful, pointing towards a dilemma in the consumers’ minds as they try to balance the critical priorities of human existence through safe food and sustainability of the planet we live on.

Tetra Pak has released a whitepaper on food safety and Industry.4.0. The report offers food manufacturers help in how to meet food safety challenges. It shares insights on some of the practical ways to prevent food safety issues and detect problems before they occur through digital technologies.

Tetra Pak has launched a new, first-of-its-kind low-energy processing line for juice, nectar and still drinks (JNSD) to take beverage processing to a new level of efficiency. Innovatively using a unique combination of Pasteurization, Filtration and UV Light technology to treat beverages in two separate streams, which are aseptically blended together into the final beverage.

Tetra Pak, together with its supplier Braskem, has become the first company in the food and beverage industry to responsibly source plant-based polymers using the Bonsucro standards for sustainable sugar cane. This move is yet another reinforcement of the company’s commitment to drive ethical and responsible business practices across global supply chains.

Tetra Pak has announced the opening of a €25 million site with sales, engineering and manufacturing facilities for cheese production solutions. Building on the company’s global expertise in cheese, the centre has full scale engineering capabilities.

Tetra Pak has been recognised for its industry leading work in the Product Footprinting category at the Carbon Trust’s Annual Corporate Sustainability Summit in London. Tetra Pak was awarded for its role in reducing the carbon impact of a customer’s packaging.

With bottled water growing at a fast pace, players around the world are driving innovation focussing on natural ingredients and health value, sustainability and packaging functionality. Tetra Pak would like to congratulate its customers on their excellent performance and recognition at Zenith Global’s 16th Global Bottled Water Congress.

Tetra Pak has joined the European Commission Graphene Flagship project as the exclusive representative from the packaging industry to explore possible future applications of graphene in food and beverage manufacturing. Graphene is a carbon-based material, one of the thinnest known to mankind.

Tetra Pak has launched new best-practice lines for yoghurt products - a suite of expert services which support a wide variety of yoghurt innovations to address growing consumer demand. Leveraging more than 45 years of experience in processing and packaging solutions with deep knowledge of yoghurt, enabling Tetra Pak to offer support for designing processes that do not compromise on production economy or flexibility.

Tetra Pak research study reveals the convergence of environment and health is growing, and the Food and Beverage Industry is first to see this trend

Tetra Pak today reveals the findings from a global research study in partnership with Ipsos1 on the two most pressing consumer demands: the environment and health. They have historically been seen, and communicated, as separate areas: however they are increasingly converging, creating pivotal opportunities for food and beverage brands in how they market their products over the next 12 months.

"In 2011, we realized that something could be done differently in the Juice-Nectar-Still Drink (JNSD) industry and decided to focus on how to make juice production more sustainable. To achieve that we needed to find innovative solutions which save energy and water", says Maria Norlin, Subcategory Manager JNSD & Other Beverages. On October 1st, this ground-breaking initiative was recognized by International Fruit and Vegetable juice Association.

Portuguese food and beverage company Sumol+Compal has launched its premium brand Compal in Tetra Pak’s sleek, fresh new Tetra Stelo Aseptic 1000 Edge with Bio-based WingCap 30. The uniquely-designed package will allow Sumol+Compal to bring to market a range of popular juices distinguished by an easy-grip carton, one-step opening and with a smoothly-rounded, slim shape.

Tetra Pak has now delivered more than 500 billion packages labelled with the Forest Stewardship Council logo globally, marking a significant milestone in the company’s journey to promote responsible sourcing and contributing to a low-carbon circular economy. Consumers looking for environmental logos when shopping is a growing trend, with over half of consumers saying they are always and often looking for environmental logos on the products they buy.

Tetra Pak has announced that customers have started field testing its paper straws for beverage products in Europe. The move means Tetra Pak is the first carton packaging company to provide such straws for beverage cartons in the region. Made from FSC certified paper and recyclable with the rest of the package, the new paper straw will be available initially for two small size carton packages commonly used for dairy and beverage products for children.

Tetra Pak has announced that HelloFresh, a leading meal kit company, has chosen Tetra Recart carton package for use in European markets for its environmental advantages. Successfully used by HelloFresh in the US since 2017, Tetra Recart offers a better packaging alternative with 80% lower carbon footprint and significant weight and space savings compared to tin cans and glass jars.

Tetra Pak and FOSS have today launched an advanced version of the Tetra Pak Standardization unit. With continuous accurate measurement and control of protein and fat in dairy products, the new unit has been designed to help customers ensure consistent product quality and strengthen their profitability by removing the uncertainty of sampling techniques.

Greek dairy producer Hellenic Dairies is a longstanding Tetra Pak customer with seven filling lines and extensive processing equipment. The company holds a strong position in south-east Europe for liquid dairy products, cheese, yoghurt and juices, nectars and still drinks. In 2016, a major investment in their plant in Brasov, Romania, working closely with Tetra Pak and our strategic supplier Elettric80, resulted in the installation of a comprehensive range of end-of-line and warehousing equipment.

What should bean soup taste like in China? And how would Americans like their hummus? Or Spaniards their ratatouille? For the answers to these and many other questions, we turn to the team working with the Tetra Recart test factory in Lund. This is where increasingly more customers are coming to develop their products in terms of both taste and packaging.

Tetra Pak has announced the launch of its connected packaging platform, which will transform milk and juice cartons into interactive information channels, full-scale data carriers and digital tools. Driven by the trends behind Industry 4.0, and with code generation, digital printing and data management at its core, the connected packaging platform will bring new benefits to food producers, retailers and shoppers.

Tetra Pak is unveiling its “factory of the future” where digital technology revolutionises the way food manufacturing plants operate.​ ​Machines will be able to communicate with each other as well as with the digital systems of the entire operation, automatically taking on tasks such as diagnosing problems, ordering and delivering parts, and looking for an engineer who is most suitable for the service needed. The technology builds on previous measures to bring the benefits of digitalisation to the food and beverage industry

Tetra Pak has launched the Tetra Classic Aseptic 65ml Cube package, offering an efficient packaging solution for dairy, juice and liquid food. The dimensions of the package have been designed to allow every six packages to form a cube, hence optimising the use of space in distribution and storage. This has brought significant improvement in cost efficiencies and the environmental footprint.

Health has been a top trend for a long time, but it is now reaching new heights. Consumers are seeking a healthy lifestyle across all areas and food & beverage plays a key role. We’re now seeing an evolution of this trend, providing opportunities to create a wider variety of products for different occasions.

Tetra Pak is to become the first company in the food and beverage carton industry to offer full-colour digital printing on its carton packages, working in collaboration with Koenig & Bauer, a global leader in the field.

Tetra Pak will be joining forces with leading Swedish technology companies at Hannover Messe 2019, the world's largest industrial technology fair, providing insights on its experience and demonstrate how partnerships are the cornerstone of digitalisation, bringing value to food and beverage manufacturers.

Tetra Pak has joined forces with global resource management company Veolia​ in a game-changing partnership that will enable all components of used beverage cartons collected within the European Union to be recycled by 2025. 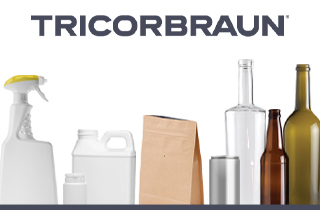 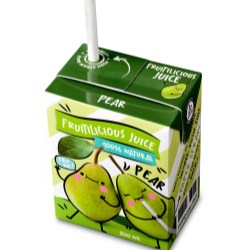 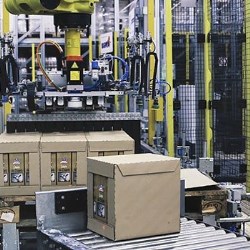 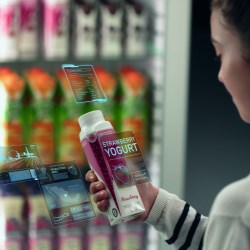 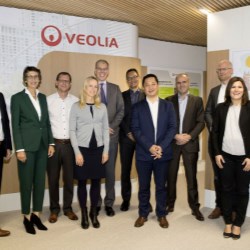 Tetra Pak and Veolia partner to get all beverage carto... 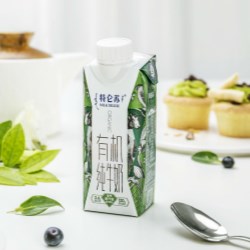 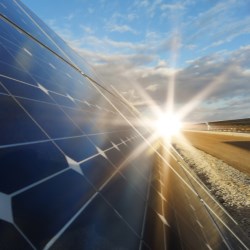 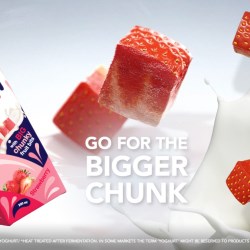 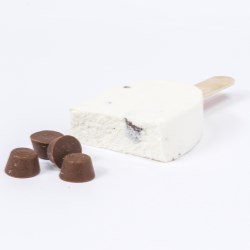 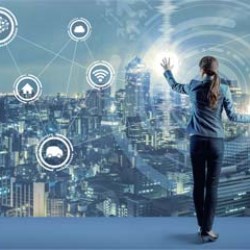 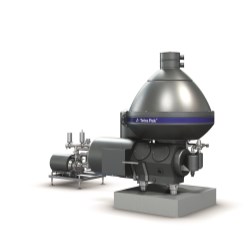 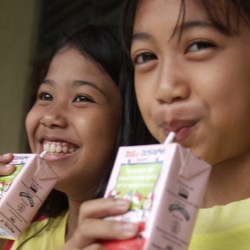