As a tradition, Geraldiscos works with ethics, transparency and partnership with the customers, whether they are end fillers or lid manufacturers.

Established in 1964 by Antonio Leal dos Santos, Portuguese, visionary, innovator, in the city of São Paulo Capital city, which identified that in the Brazilian packaging market there was an opportunity and need for sealing products in the hygiene and cosmetic market segment. Bold, he established Geraldiscos in partnership with his wife, thus beginning the manufacture of Cap Liners, meeting the major manufacturers of hygiene and cosmetics. In 1977, with the expansion of the market and the second generation of the family, the Cap Liners get into new companies of the segments of care, cleanness, foods, automobiles, chemicals, among others.

In the 80’s, while verifying that the international market starts to substitute Cap Liners in card for the expanded polyethylene one, the Leal family decides to invest in extruders, and thus offer the same solution for its customers, which was widely accepted.

Geraldiscos develops and offers the customers technical support, ethics, confidentiality. With this, the customers feel total support, and the company grows. As physical space becomes insufficient, in 1988 the company moves to an area that is 5 times larger in the city of Barueri, 20 km from São Paulo.

The packaging market develops and requires new product solutions. Products that could guarantee the inviolability of the packaging. At this moment Geraldiscos gets into the market of Induction Seals and launches its first product: Two pieces seal, with card support.

Following toward growth, Geraldiscos decides to innovate one more time and launches another completely differentiated product: Two Pieces Seal with support in Expanded Polyethylene. It was a total success, since the existing products were only with card support.

Later the company also developed the One Piece Seal, offered to the products that did not need sealing.

In 2004, an expanded polyethylene layer was introduced in the One Piece Seal, which was also successful and today is present in the main brands of the Brazilian market.

The company acts actively in all the segments of the market with several groups of products that meet the market of agrichemicals, automobiles, foods, hygiene, cleanness, cosmetics, pharmaceuticals, veterinary, among others.

With new investments, growth of volumes, the industrial area in Barueri, in São Paulo became small, and the company decided once again to expand its manufacturing area and acquired a new 9 times larger piece of land, located on the Rodovia Castelo Branco, in Santana de Parnaíba, also located in São Paulo, near the main access ways to São Paulo city, and built its new plant, which will allow expansion and growth for the next few years.

In 2010 Geraldiscos moved for its new plant and with cutting-edge technology, it launched its new Polexafil (Expanded Polyethylene).

In 2013, a new technology was launched: the Two Pieces Seal, being that the main characteristic was the elimination of hot-melt (adhesive that joined the laminate of the two pieces seal). From the technical aspect, the new product offers more safety in transport and storage, greater shelf-life, consequently logistic and procedural savings. With no adhesive residue, the look of the packaging becomes much more refined to the end consumer.

As Geraldiscos is always in search for innovation and improvement in the quality of its products, another seal was launched in 2014, which is called Vent Seal (derived from ventilated). The product has a valve, which helps equalize internal and external environments of the packaging so that there is no collapse or swelling and without the input or output of liquids, and simultaneously continues carrying out the ventilation. In addition, there are possibilities of using lighter packages, aimed at reducing costs, besides the extreme improvement in the logistical and visual aspect of the packaging. 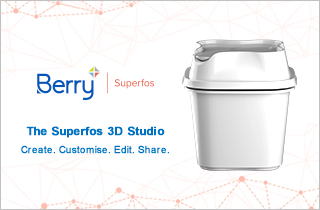