We are connecting you with a representative of LageenTubes. Maybe you can help us serve you better answering a few questions: 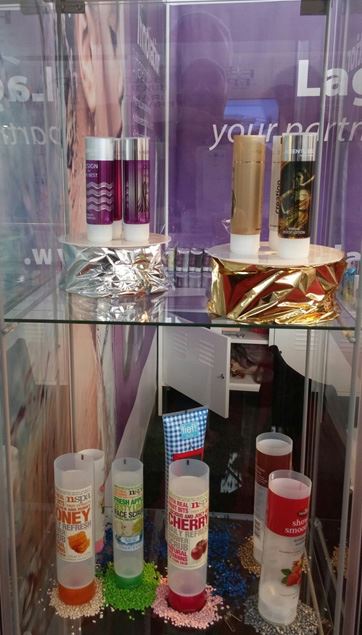 LageenTubes presented its latest cutting edge state-of-the-art tube decoration at the PLMA, Amsterdam and at CosmeticBusiness, Munich. The company which is known worldwide for its premium quality tubes showed off its advanced decoration capabilities at these two, well known European packaging events.

Visitors to the exhibitions were highly impressed by the outstanding metallic appearance of the plastic tubes. Customers and prospects alike could identify the many advantages of the seamless extruded tube which mimics the appearance of a laminated tube but benefits much better memory and a nicer feel than that of the laminated tube. They were further impressed by the lack of side seam and the 360º print which enables the product to stand out overwhelmingly on the shelf.

In addition to the metallic tube, the company's latest photo image printing capabilities in Flexo CMYK were praised by visitors and competitors alike.

Have you thought today about tomorrow?

The key to success is planning. We are pleased to introduce our unique Mono-Material PCR tubes, which can be recycled entirely without separating the tube from the cap.

Now is the moment to make a difference

The global effort to preserve the earth is rising by the day. We invite you to join us by using LAGEEN TUBES stylish eco-friendly tubes, all designed to your brand needs and with our 10%, 30% and 50% PCR content, blended with polyolefins.

Global eco-friendly efforts are being harnessed by organizations to make their operations and resources more environmentally friendly. LAGEEN TUBES offer a range of tubes made with different amounts of PCR, enabling you to enjoy a new level of quality packaging and beautiful design.

It's time to join the environmental revolution. Are you in?

LAGEEN TUBES offers a range of tubes with different amounts of environmentally friendly PCR resin, made of recycled milk containers. The time is now for each of us to mark our stamp and join the global effort to save the environment.

LAGEENTUBES knows expanding its offering is a top priority and is continuously investing in upgrading the extrusion lines in their plant in Bulgaria. This state-of-the-art production line now features a new 5-layer tube extrusion system for Polyethylene tubes.

LAGEENTUBES perceives the quality and safety of its products as a key factor in the company’s foundation and success. Their proven devotion to these values has made them a leading company in the field of tube packaging solutions.

Lavido, a natural skin care line, needed a tube that was consumer-friendly and also helped reduce the carbon footprint of their Multi-Masking DUO product. They found the perfect solution in LageenTube’s fully recyclable, sugarcane derived tubes.

LAGEENTUBES’ new Mono-Material PE tubes are 100% recyclable as a single unit – eliminating the challenges of recycling combinations of different raw materials. The tubes are made of food-grade PE according to the strict regulations of US and European authorities and meet ISO 9001:2015 standards, suitable for cosmetics, toiletries, food and pharmaceuticals.

LAGEENTUBES recently has upgraded the production capacity of its plant in Bulgaria and added new capabilities, increasing the agility of its offering.

Transparent or colored tubes offer some great advantages, but they have one major drawback: the limitations of offset ink typically require screen printing to achieve high-quality color and color accuracy, which can add unwelcome costs. LageenTubes overcomes these challenges with its new SimScreen option.

It's green, it's sustainable, it's a tube!

Sustainability means different things to different brands. LageenTubes is at the cutting edge of cosmetic tube development taking on the industry's challenges head on to overcome them and its focus sustainability is no different.

LageenTubes created a set of solutions that easily helps you to be more agile thanks to its innovative Direct-To-Shape Digital printing solutions. The flexibility of the digital printing enables unlimited design freedom, operational agility and an ongoing brand optimization.

Abacus is developing a range of innovative products based on patent-pending technologies which combine natural and organic ingredients, including a cannabinoid-rich hemp extract containing CBD. In order to supply on-demand at thousands of stores across the US, Abacus approached LageenTubes to assist with complex supply chain solutions with short lead times.

The Inno-Greenpack tube that combines PCR and sugarcane

LageenTubes has taken the next step towards a fully, green packaging solution to offer its innovative Inno-Greenpack tube made from PCR and sugarcane. The company strives to supply 'green-freedom' solutions to its customers through its development of products that use eco-friendly materials and manufactured through a sustainable production process.

Keune, the leading Hair Cosmetics Company for professionals, has chosen LageenTubes' unique Soft Feel tube for its premium brand "Style". LageenTubes produced a luxurious looking tube for Keune that feels like velvet and optimizes the entire customer experience from the point of purchase to the product's daily use.

Delivering the best solutions to our customers, whilst reducing our environmental carbon footprint & increasing our social impact, LageenTubes is proud to offer its new PCR tube packaging catering to the GREEN-FREEDOM packaging solutions.

Careline, a cosmetic and toiletries company, that delivers a wide range of products to allow accessibility to each and every one, has chosen LageenTubes’ 360˚ Unlimited Design Freedom tubes for its Careline Spring hand cream collection. LageenTubes 360˚ Unlimited Design Freedom technology allowed Careline’s designers to achieve a true all around continues decoration with no overlaps or gaps.

A new revolution is presented by LageenTubes. Now for the first time in the world of cosmetics packaging, LageenTubes is introducing a revolutionary direct Digital Printing on GREEN Plastic Tube.

Digital technology has gotten ever more complex, yet the value of this technology is difficult to define when you consider how much it can enhance market worth. The advancements in digital technology in the past few years have opened up many new possibilities, and LageenTubes recognized early on the value of exploring digital opportunties in order to revolutionalize the flexible tube industry.

LageenTubes is launching the new LOOK & FEEL series for skincare tube packaging. Now with the SOFT FEEL surface you can provide your customer with a unique soft touch sensation that demonstrates the softness of the cream inside the packaging.

LageenTubes demonstrates the power of digital decoration on tubes

LageenTubes is leading the digital revolution. The company can exclusively offer complete design freedom to brands with its revolutionary direct printing on plastic tubes with complete end-to-end decoration. In cooperation with Velox. This direct digital decoration technology is the first to enable digital packaging to extend beyond small production runs and offers an attractive alternative to mass-production analogue decoration.

Welcome to the beginning of unprecedented design freedom – enabled by revolutionary direct digital printing on plastic tubes, brought to you exclusively by LageenTubes.

LageenTubes introduced two major new developments at this year’s Cosmetic Business show – innovative digital decoration capabilities for plastic tubes and new representation in Germany. The show was an excellent opportunity to introduce our new capabilities to the European market and particularly to the German market.

LageenTubes, a leading supplier of plastic and aluminum tube packaging to the worldwide cosmetic and pharmaceutical industries for over 50 years, has established a new manufacturing plant for plastic tubes in Bulgaria. This investment is enhancing the company’s international market presence, enabling easy and immediate access to the leading cosmetics companies.

Peek-In cosmetic tube – Create a window to your product

LageenTubes opens a whole new world of consumer experience with its unique Peek-In window tube design. Today’s consumers want to be part of the product experience from their first interaction. They want reassurance about what they’re buying, how the product looks, and its quality.

Since 1967, LageenTubes has been offering tailor-made, cutting-edge aluminum packaging tube solutions for the leading pharmaceutical companies in over 30 countries across the globe. See us at CPhi, Hall – I Stall E-35.

LageenTubes has launched Pick a Pack, a powerful yet easy-to-use tool that can help you design the best looking tube to support your product and brand. See exactly what your product will look like on the shelf and perfect all details with confidence, while still in the early design stages.

AHAVA the leading skincare, bath & body brand from the Dead Sea, has chosen LageenTubes' unique decorated PE tube to be its partner in the launch of its new "Dead Sea Essentials" line. Looking for a packaging that was both unique and outstanding, AHAVA chose LageenTubes' Flexo and Screen print that provide infinite possibilities of shades and designs. 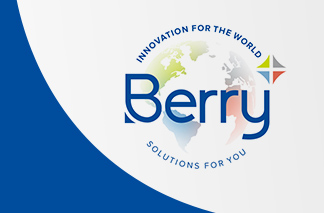 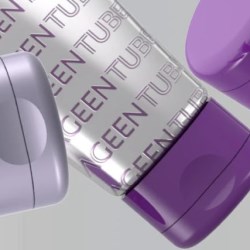 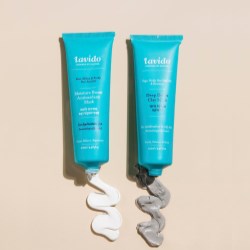 LageenTube’s sugarcane derived PE products are the per... 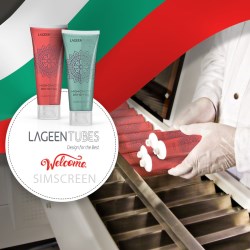 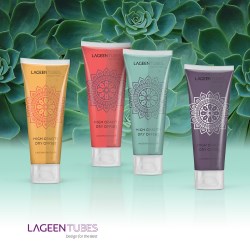 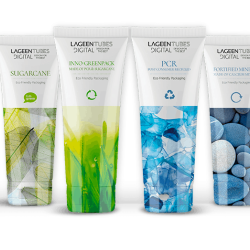 It's green, it's sustainable, it's a tube! 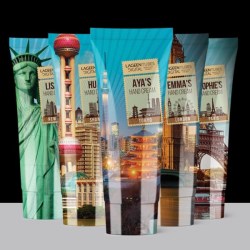 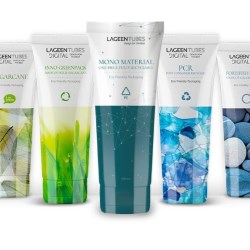 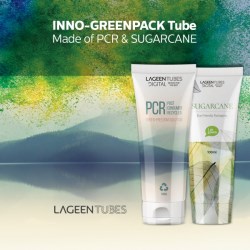 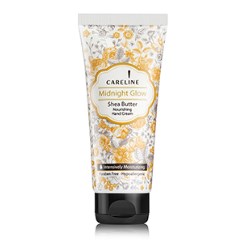 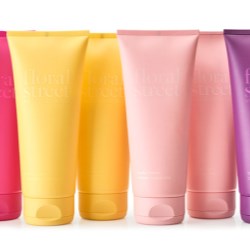