Lameplast Group unites its forces to tackle every challenge

Ahead of the group's 40th anniversary, directors and staff came together at a large convention at Villa Fondo Tagliata in Mirandola to share objectives and results.

On Saturday 9th May, at Villa Fondo Tagliata in Mirandola, Lameplast Group brought its directors and its entire staff together to look to the future, share objectives and the successes of almost 40 years of projects and activities based on innovation and quality. These results have been made possible thanks to teamwork and an ability to share perspectives and results.

The convention opened with a film depicting the history of the group, immediately followed by a speech from Chairman Giovanni Ferrari, who spoke of how a small provincial company gradually came to make a name for itself on the international market. It all began on 1st January 1976 and much progress has been made since then.

Today Lameplast Group can ensure comprehensive, flexible and integrated service worldwide for the preparation, filling and packaging of pharmaceuticals, medical devices and cosmetics, from the design of a new container to the finished product.

Just a few months ahead of the 40th anniversary, Ferrari also spoke about the key to being able to do business on an increasingly difficult and global market, about how fundamental sharing and cohesion within the group are:

"Together we can fill the future", he said. "When future challenges arise, we must be united and think of ourselves as a team."

Lameplast now has 290 employees and some of them – aside from founders Giovanni Ferrari, Evro Fabbri and Antonio Fontana – have worked for the group for over 30 years.

Next to speak was group Marketing manager Barbara Reguzzoni, who presented the key figures of the three companies (Lameplast spa, Coc farmaceutici and LF of America) and thanked the office staff and shop floor workers for their commitment:

"These people", she said as images of the staff appeared on screen, "are the driving force and energy behind Lameplast." 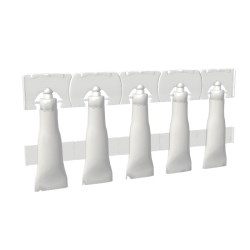 A palette of colours personalizes containers for pharm...

The Lameplast single dose is smarter than ever: now wi... 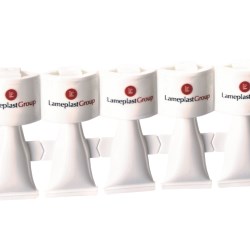 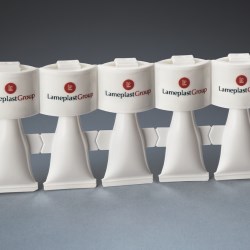 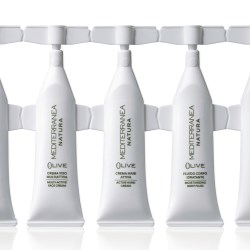 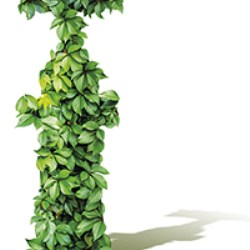 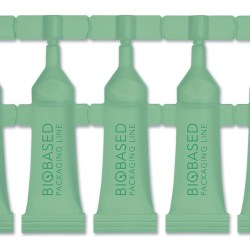 Lameplast Group's entire range can now be moulded in B... 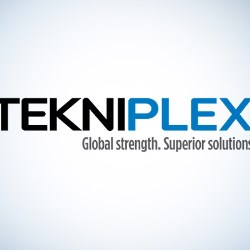 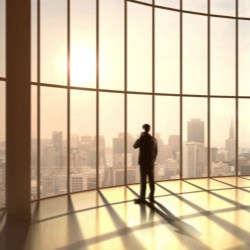 Future and innovation: Lameplast Group opens up to Aks...