We are connecting you with a representative of Berry Global. Maybe you can help us serve you better answering a few questions:

This announcement extends Berry’s goal of enhancing recycling infrastructure as part of the quest toward a circular economy. As a cross-industry effort, Berry joins steering committee members Keurig Dr Pepper, Braskem, NextGen Consortium, and the Walmart Foundation, along with other members of the polypropylene value chain.

“By expanding and modernizing recycling infrastructure, we will capture the economic value that is currently being lost and supply the recycled content necessary to meet commitments. This is critical to achieving a circular economy and giving natural resources multiple lives,” said Robert Flores, Vice President of Sustainability at Berry. Flores is also a newly elected member of The Recycling Partnership’s Board of Directors.

This initiative is in line with Berry’s efforts to improve polypropylene curbside recycling. Berry is strategically targeting both investments and partnerships to foster recycling infrastructure. An example of this is a recent collaboration with Evansville, Indiana, materials recovery facility (MRF) to purchase and install a new AMP Robotics Cortex™ high-speed robotics system to sort polypropylene. Recovered material will be used back in Berry’s products, but more importantly, learnings from the robot will be evaluated and shared to enhance and promote polypropylene recycling.

Polypropylene is a widely used plastic for food and non-food applications. Versatile in nature, the material offers brands an affordable and safe solution for packaging and food service applications. Not only does the material offer high levels of utility, Berry believes it to have the lowest carbon footprint when compared to other substrates. In addition, brand owners benefit from polypropylene’s durability and contact clarity for use in applications such as drink cups.

The introduction of the UK Plastic Packaging Tax has resulted in strong demand for recycled solutions from Berry Global’s UK flexible films business.

To meet the growing demand for e-cigarettes which provide an alternative to smoking, Berry M&H has shortened the lead times for its popular complete pack E-Cigarette bottle.

Attractive, high impact UniPak plastic pails from Berry Superfos that can be reused in the home after their initial purpose are providing the ideal packaging solution for a new range of salty snacks and dried fruits from leading Danish bakery, snacks and confectionery supplier Nordthy.

A partnership between Berry Global, its customer Tchibo and its supplier Neste has achieved a game changing development in the coffee capsule market with the introduction of a capsule made from renewable sources that do not compete with food.

Berry Superfos’s refillable and airtight wet wipes container with a resealable cap in the lid is providing high levels of convenience and hygiene for French chemical and analytical consultancy Hitam, as well as offering valuable sustainability benefits through its reusability and mono-material construction.

Berry PET Power is introducing a reusable drinking bottle to meet growing demand for a convenient on-the-go drinking solution that offers an alternative to single-use bottles.

Berry provides a distinctive and fresh packaging solution for Italian company Kata Food using The SuperCube® bucket. Coming in both 2.2 litres and 5.2 litres sizes the SuperCube® allows the consumer a large see-through area to better view the product.

Berry Global is launching a new range of hot fill sauce bottles that combine an attractive on-shelf appearance with maximum consumer convenience. Available in 250ml and 500ml sizes, the Nova bottle features a modern curved design in clear polypropylene (PP) and provides a large labelling area for high-impact product branding and easy handling for the end-user.

Berry Plays Its Part in the Growing Foodsharing Movement

UniPak containers donated by Berry Superfos to the Foodsharing movement are providing the ideal packaging solution to help make good use of leftover food, thanks in particular to their robust design and reusability.

To meet growing demand for larger size pack formats for cleaning and hygiene products, Berry M&H has expanded its popular Midi Tubular range with the introduction of new 300ml and 500ml PET versions.

As businesses increasingly seek to incorporate post-consumer recycled (PCR) material into their plastics packaging, both to support their own CSR objectives and to meet legislation such as the UK’s Plastics Tax, Berry M&H and Berry PET Power can offer PCR solutions for all their standard and custom products.

A change of format for family-size packs of ice cream wafers from standard printed carton boxes to plastic buckets from Berry Superfos is delivering a number of important benefits for leading Romanian ice cream manufacturer TOPGEL.

Berry Global and Taco Bell are making strides toward a more circular approach to sustainable packaging with the launch of a new clear, all-plastic cup containing mechanically recycled post-consumer resin. The move represents progress by both organizations in meeting their publicly stated sustainability commitments.

Berry Global’s refuse sacks business in Heanor, Derbyshire, has become the first plastic packaging manufacturer in the UK to achieve RecyClass Recycled Content certification for its ranges of refuse sacks made from post-consumer recycled plastic.

Recyclable 2cc Dispenser from Berry Delivers on Sustainability and Versatility

Berry Global has become one of the first packaging manufacturers to develop a recyclable lock-up 2cc dispenser. The new Berry Wave2cc, a product of the Company’s B Circular range, meets market demands for a more sustainable version of the popular pump format that is widely used for a variety of personal care products.

PCR Solution from Berry is Worth its Salt

Berry Global’s plastics recycling facility in Heanor, UK, has opened a Centre of Excellence to further enhance the level of quality evaluation of the recycled material that is used to produce the company’s Sustane® recycled polymer.

Berry encourages all sites to embark on a zero waste to landfill journey, defined internally as diverting over 90% of waste away from disposal, with less than 1% of waste being disposed via landfill.

Benefits of New Jar from Berry Stack Up

A new stackable jar from Berry Global offers a valuable space saving solution on retail shelves, through e-commerce channels and in the home. At the same time, the jar provides excellent consumer convenience, and its effective product protection, reusability and recyclability enhance its environmental profile.

Berry Named One of America’s Most Responsible Companies

Berry is honored to be named number 35 out of 2,000 public companies on America’s Most Responsible Companies presented by Newsweek and global research firm Statista, Inc.

With the rapidly approaching UK Plastics Tax and increasing consumer interest across the whole of Europe in the provenance of their packaging, Berry Global announces the availability of certified recycled plastic from six of its UK sites.

A new closure from Berry Global, specifically created for sauces, demonstrates the company’s circular design capabilities in devising a lightweight and recyclable solution while continuing to deliver consumer convenience benefits.

Berry Announces Goal for 30% Circular Plastics by 2030, With Long-Term Vision to Decouple from Fossil Fuels

Berry Global announces its new commitment of having 30% circular plastics by 2030. Moving from fossil fuels to circular feedstocks, Berry can help its customers achieve their #sustainability goals while significantly reducing Scope 3 GHG emissions. Berry estimates the GHG emissions avoided per year by 2030 to be 350k-800k metric tons of our C02 based off of our customers use of circular solutions.

Berry Global is introducing its next generation of innovation with a range of packaging and product solutions, the Berry Global B Circular Range, that leverages the company’s engineering expertise and proprietary processes in the design for circularity to reduce products’ impact on the environment, focused on helping brand owners meet and exceed their sustainability goals. 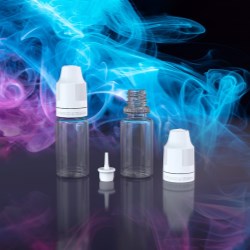 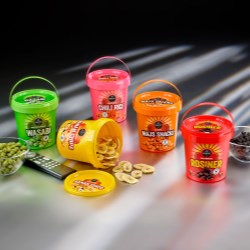 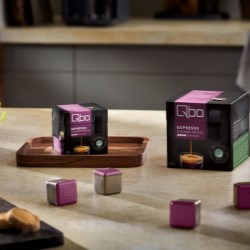 Berry’s user-friendly Nova is the new star in sauce bo... 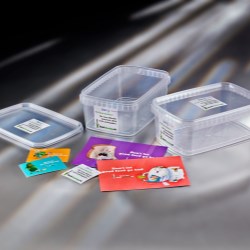 Berry Plays Its Part in the Growing Foodsharing Moveme... 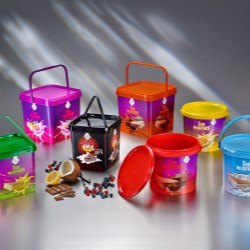 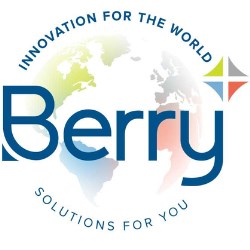