We are connecting you with a representative of IMS Packaging. Maybe you can help us serve you better answering a few questions: 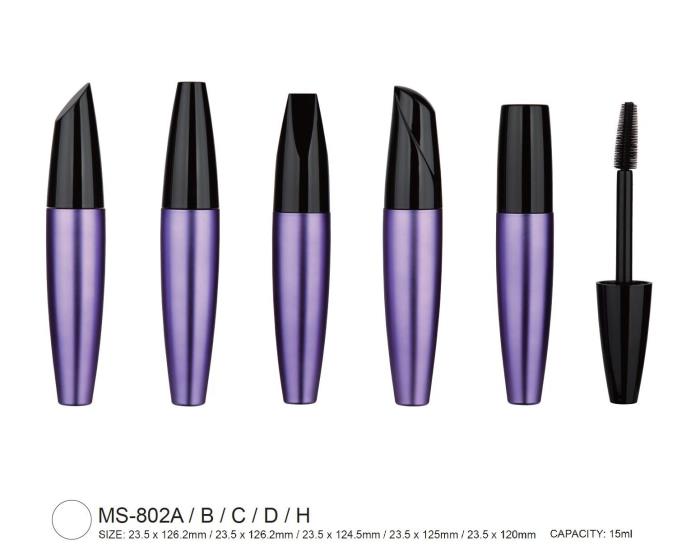 The air-tight mascara, launched in 2016 originally with just three closure styles, impressed companies worldwide and received outstandingly positive feedback. Now, in 2017, IMS Packaging moves one step ahead, developing a further two closures to be added to the collection in order to satisfy the immense demands for tailored packaging designs.

IMS Packaging offers an extensive selection of cosmetic jars for make-up and other beauty products. The company's 5ml options are available in both round and square and can be customized to fit branding.

With a length of 89mm, IMS Packaging's LG/MS/EL-695 multi-use pack is the ultimate 'handy' make-up pack as it is the length of the palm of the hand! The pack can be tailored for use with either eyeliner, lip gloss or mascara.

Within its portfolio of colour cosmetic packaging products, IMS Packaging offers an excellent selection of cosmetic pens, pencils and auto pens. The AP-132 auto pen stick has a 0.7g product capacity and a large, soft sponge for gentle product application.

IMS Packaging's 12ml classic-look mascara option ensures that the formulation is the star of the product. This injection, black-coloured mascara bottle can be requested in custom colours and it can also be silk screened. In addition to mascara formulations, this pack is ideal for fun hair colour highlights.

The EL-651 eyeliner from IMS Packaging is offered in a 5.5ml capacity with a choice of a brown nylon brush or white felt tip. The aluminium eyeliner can be decorated with anodized color and can be silk screen printed.

The inkwell-style eyeliner pack is a contemporary classic that is always on trend. IMS Packaging presents the features of two different options available. The 5ml capacity EL-258 with its square base and its EL-347 that features a smooth, curved silhouette from top to bottom.

Well known in the industry for its excellent selection of make-up packaging references, IMS Packaging highlights the features of its CP-388 and CP-388B compacts. Both compacts have a diameter of 65mm and are completed with an attached cap.

IMS Packaging's powder compacts, reference CP-381 and CP-381B, are 43.8mm in diameter and both benefit from a 30mm product pan. The flat lidded CP-381 can have a mirror incorporated, whilst the CP-381B features a domed lid. For an optimal look, the color can be customized and printing is an option too.

One of the easiest ways to diversify a product offering yet maintain brand identity is to offer something new in an easy to recognize pack. IMS Packaging's CP-629 is available in 3 different options with a different insert enabling brands to choose between a powder or a multi-shade eyeshadow compact.

There's something fun-size and special about mini make-up packs which makes them appeal to consumers big and small. IMS Packaging's mini lip gloss bottle has a capacity of 1.5ml and through the use of silkscreen or hot stamping decoration, can be styled according to brand requirements. It's also available with either an aluminium or plastic cap.

Chinese packaging manufacturer, IMS Packaging, offers a wealth of color cosmetic products in its catalog. There are many options available which can all be decorated to provide an outstanding finish to ensure that the products stand out on the shelf.

Lip gloss has become a staple in most make-up bags nowadays. But, should it be a round or a square lip gloss? IMS Packaging offers both shapes produced in PETG with outstanding decoration options to match any trend.

IMS Packaging's CP-640 is a highly versatile compact for powder or eye shadow make-up. Produced in ABS and with a mirror, this compact can be further enhanced through decoration.

IMS Packaging highlights a selection of its slim lipstick cases with 11mm cup sizes. These lipstick products are produced in ABS and can be decorated using a number of techniques. Orders are available from 24,000 pieces.

IMS offers a number of double end lipstick packs for fun colour combinations. PD-273 and PD-275 are available in ABS and can be decorated using a variety of techniques.

IMS Packaging's PD-415 mini lipstick is available with a MOQ of 24,000 pieces. With a cup size of 12.1/12.7mm, it can be decorated by injection, metallization, spray coating, UV coating and both silkscreen and hot stamp printing too.

Round aluminum lipsticks from IMS Packaging

IMS Packaging offers an extensive selection of lipsticks in different shapes and materials for an exciting choice of products. It's round, aluminum lipstick cases can be decorated with aluminum oxidation color or spray coated color, as well as silkscreen printing.

IMS Packaging offers an extensive selection of lipsticks in different shapes and materials for an exciting choice of products. It's square, plastic lipstick cases can be decorated with injection color, spray coating or metallization, as well as hot stamping or silkscreen printing.

IMS Packaging highlights the benefits of its MA 148 square lipstick

Specialized in the manufacture of cosmetic, personal care and health packaging products, IMS Packaging has been enhancing its range of lipstick packs. Currently boasting an impressive 119 lipstick references in its catalog, the Chinese manufacturer highlights the benefits of its MA 148 option.

IMS Packaging introduces 3 new models of lipstick packaging that each has a clear base to reveal the lipstick colour inside. All three lipsticks benefit a length of over 70mm and a width of over 20mm for ease of use by the consumer and enhanced shelf presence for the brand.

IMS Packaging is introducing several new stick packaging options that are ideal for use with make-up foundation, concealer, blush, and many more colour cosmetic options.

IMS Packaging has its main focus in providing a range of cosmetic packaging. One of its most popular products is lipstick packaging. The company is confident to offer selections of components either in plastic or aluminum for a wide range of lipstick demands.

IMS Packaging introduces two new lipstick packs featuring a magnetic closure: One in square, one in a circular shape, both options are made of aluminium, and can be decorated with anodized color as well as silk screen printing.

Introduced by IMS Packaging, the new CP-331 compact collection features either flat or domed lid, is a complete selection for domed powder and make up products.

Two-tier makeup compact is one of IMS Packaging’s classic and most demanded item. The company manages to have all sorts of features for various market needs. Whether there is a clear window on the top lid, or sifter design for the base storage compartment enabling wet sponge to dry out, each feature makes big difference for individual user experience.

IMS Packaging introduces a new square-shaped cosmetic packaging that can be lip gloss and mascara.

IMS introduces a new cosmetic packaging that can be various makeup products. The prism-shaped bottle is an uncommon shape for cosmetic item.

IMS introduces two new double-ended lipstick packaging that are made entirely of aluminum components. The slim-shaped, elegant design of the duo lipstick can be decorated with anodizing treatment and silk screen printing.

IMS Packaging introduces two different aluminum lipstick options, one is for slim lipstick, and the other features a magnetic closure. 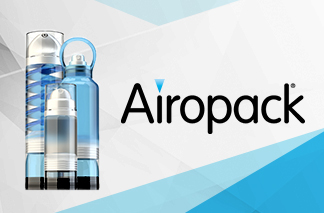 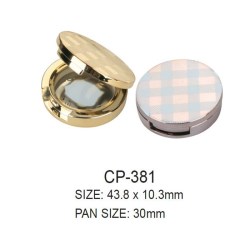 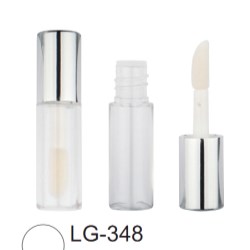 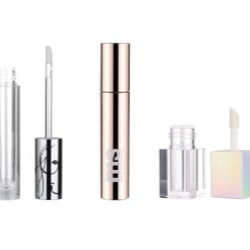 PETG lip glosses in round or square 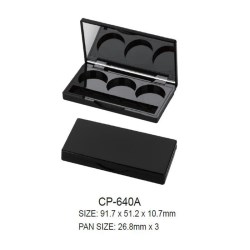 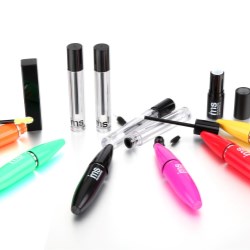 IMS Packaging expands its facilities with a spacious n... 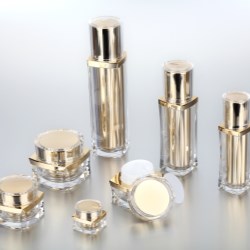