We are connecting you with a representative of SR Packaging. Maybe you can help us serve you better answering a few questions: 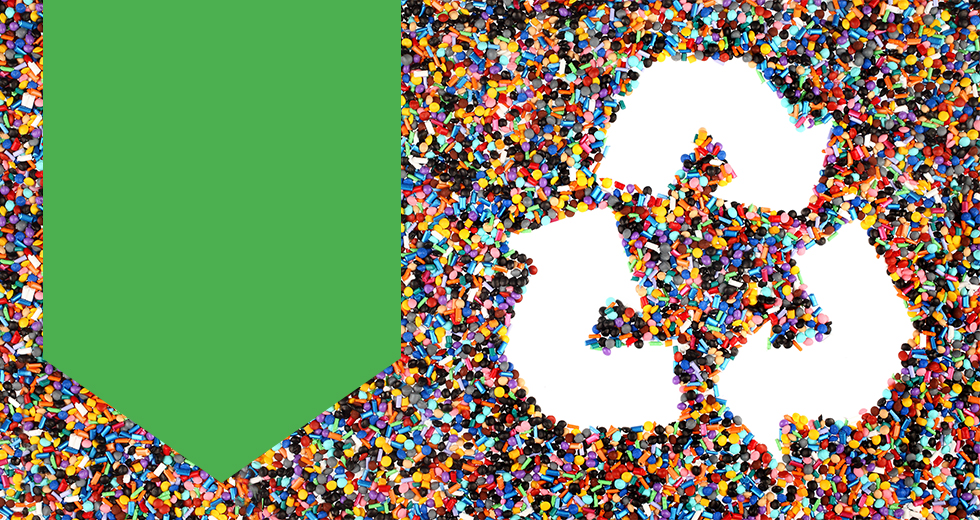 The rise of
PCR
plastic

A system that seeks to change an existing social paradigm requires a large material source in order to be successful. For years we've been hearing about the recyclability of different sorts of plastic, but the facts have remained nebulous at best. As more and more people become accustomed to tossing plastic containers and other items into the recycling bin, the source for previously used plastic has increased.

In the 1960s, plastic accounted for only about 1% of the waste stream, meaning most packaging was made of either paper or metal. The problem is, the amount of plastic being recycled at the start of the 2010s was only about 9% of the total amount of plastic produced among the various types of plastic commonly used. These numbers are only representative of thermoplastics, those materials used to create common items used daily like packaging. Thermoplastics tend to revert to a liquid form and melt when heated, so they can be recycled. Thermosets, on the other hand, are materials that are formed into shapes that will not revert to a liquid state when heated, they tend to burn, and are typically used for such things are car dashboards, pipes, and precision parts.

So, even though many of us have been recycling for decades, the cold, hard truth is that most of our efforts haven't made the massive impact on the waste stream that we've supposed. That doesn't mean that being a part of the recycling process is an exercise in futility, it's just one of those things that takes more time and more effort than we think. Recycling also depends on what companies can get out of the process. If there's no cash to be made from selling the raw materials reclaimed from the recycling process, there won't ever be enough interest in recycling larger amounts of the waste stream.

Things ARE getting better, though. As more people recycle, more raw materials can be reclaimed, and selling those off in bulk becomes more profitable, overtaking the costs of production. Simply put, the more we recycle, the cheaper it is to re-use materials. Further, as recycling and producing recycled materials becomes profitable, more companies will join in on the fun, leading to competition, better prices, technological advancements, and more service providers. Which leads us to the latest trend in recycled materials: PCR (Post-Consumer Resins).

Of the nearly 2,000 types of polymers available on the market today, a handful are recyclable, though these seem to be the ones most commonly used. International coding encompasses the following recyclable plastic materials:

SELECT ONE OF THE CIRCLES FOR DETAILS

Most of these have been used to produce raw materials that are later turned into consumer items, including clothing, home furnishings, tools, and many more things we use daily. The beauty of PCR is that now, companies that use raw materials to create items such as cosmetic packaging are purchasing a large amount of formerly used plastic. This is mostly done to help firms improve sustainability numbers as we increase our understanding of the amount of energy required during the manufacturing process. Less original plastics used translates into a smaller CO2 footprint, which is attractive to companies that genuinely want to do their part to affect climate change. 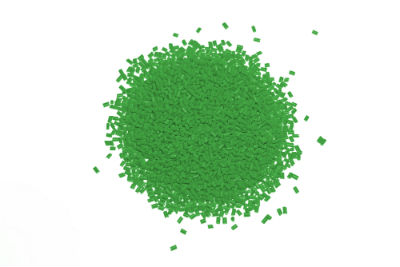 A good example of this trend is Asian company SR Packaging, a long-time Webpackaging member and one of the most forward-thinking firms in its region. The company offers clients the option of including PCR in its new packaging concepts, from a small percentage all the way up through 100% of the materials used. This provides a simple way for companies to do their fair share when it comes to reducing worldwide CO2 emissions.

Alpha Packaging, in the US, does much the same thing with many of its lines. Jars and bottles designed for beauty applications as well as the company's famous growlers in the food market can all include percentages of PCR in order to help companies improve sustainability numbers.

As PCR becomes a more profitable or less expensive proposition, depending which side of the equation you're on, companies like these are going to offer more and more PCR as a material option, whether in part or for the full composition of the packaging item.