We are connecting you with a representative of PackSys Global AG. Maybe you can help us serve you better answering a few questions:

How Inviseam changed the face of the cosmetic industry

PackSys Global has introduced many new technologies to the cosmetic industry in addition to developing new machinery. One of its undisputed success stories has been Inviseam®, which was offered to the market over a decade ago now.

PackSys Global introduced Inviseam in its laminate tube machines a decade ago and since then it has been a catalyst for today's trend for cosmetic laminate tubes. Whereas most laminate tubes have an overlap, Inviseam technology allows butt-welding of the laminate, making the seam almost invisible to the consumer.

Inviseam is produced on the LTR2, which also allows for 360 degree printing, similar to extruded tubes but with the lower cost and higher quality possible from printing in the flat.

This technology allows tube manufacturers to use laminate tubes for the cosmetic industry to give nearly the same feel and appearance as extruded tubes. Inviseam technology continues to be unrivaled in the market, ten years after its introduction.

Innovative solutions for a circular economy: Successful recycling of printed plastic films and processing of recyclate

The need for circular economy solutions for plastic packaging requires the packaging industry to take an active role in ensuring circularity starting from design, following the entire life cycle. The PrintCYC project group, which includes PackSys Global, has achieved remarkable results regarding the recycling of printed plastic films and processing of recyclate.

The Prestige Body Maker allows easy integration in every flexible tube production environment. It forms laminates into bodies required for high quality tube production. The main advantage of this system is the flexible operation allowing use of almost any type of laminate, and this results in the highest level of quality and reliability.

The flexible choice for tube production: The Prestige 40 Header-Capper

The new generation Prestige 40 Header is a jewel of innovation. The machine provides unbeaten flexibility for todays’ and tomorrows’ competitive tube production and challenging market requirements. It ensures high reliability and consistent overall efficiency at an optimum production speed.

PackSys Global has set the benchmark in offset printing technology for plastic tubes and sleeves. In the digital age of sharing and online reviews, cosmetic products are subject to higher scrutiny than ever before, necessitating product printing technology that ensures products meet consumer expectations.

capLAB is an in-line, automatic integrated unit for testing the functionality of a closure’s tamper evident band. In optional combination with a vision inspection system which can select closures by cavity number, capLAB takes samples from the slitting / folding machine outfeed and measures in-line the pull-off strength of the closure’s TE band.

PackSys Global AG has won the GOLD Award in the category "Best Innovative Component or Process " with our NEOSeam technology. NEOSeam introduces a completely new technology for side-seams in cosmetic laminate tubes.

PackSys Global's multi-purpose machine is one of the most cost effective, flexible pieces of equipment on the market. The MPM can be used for plastic or metal caps; for gluing, inserting plastic pieces, slitting and roll-forming.

PackSys Global and its subsidiaries Madag Printing Systems, Combitool Solutions and Texa Packaging are proud to present the following highlights at the 2019 K show.

PackSys Global has been designing and building laminate tube side-seamers for decades. The company's extensive R&D has led to new technologies that allow a great stability of the seam strength and an ever improving visual appearance of the welded area of the laminate at a high speed per minute. Its laminate tube lines for oral care and pharma products are the culmination of the latest technical developments.

PackSys Global AG, Switzerland, a world leader for packaging machines, has agreed to sell its subsidiary, PackSys Global (Thailand) Limited, to Swiss based Benpac Holding AG, a group of companies in the fields of engineering, machine construction, IT solutions and packaging technology.

As consumers are increasingly looking for on-the-go products or trial-size cosmetics, small cosmetic tubes provide the solution. PackSys Global's Mini 120 HC is a compact machine which makes the production of small cosmetic tubes simple, compact and very cost effective, with tube heading and capping in a single machine.

Meeting the demands of the wine and spirit markets

While established wines and spirits can count on repeat sales from consumers, new brands need to stand out from the other packs and the best way in which they can entice a consumer is through good-looking packaging. Packsys Global's MDCL decoration line is ideal for the challenging printing demands of the emerging wine markets and traditional liquor/spirits markets to ensure that products are "dressed" to impress, and look good.

PackSys Global presents its new Zelos cutting and brushing machine. The Zelos is unique in the aerosol can industry as it is a 'hybrid', with BOTH mechanical and optional laser cutting available. Depending on the requirements, the customer can choose between two types of cutting.

New TEM slitting and folding machine for caps at Drinktec

The new TEM machine from PackSys Global offers new possibilities for slitting, or slitting and folding of tamper evident bands for speciality caps. The TEM is designed to match the output of moulding machines for larger diameter and other speciality closures and will be on show in hall A4, booth 514 of Drinktec.

Thank you for stopping by during the show Metpack 2017

From May the 4th to the 10th, the Interpack in Düsseldorf once again shows/showed that it is the most important trade show for processing and packaging worldwide. No other show offers the packaging industry with all its different materials all the different industrial branches tailor-made solutions and innovative concepts.

PackSys Global has been awarded an order for a 200 cpm aluminium aerosol can line with Ball Aerocan. Ball Aerocan, India has placed an order for a new 200 cpm monobloc aerosol can line. PackSys Global will supply the washing machine, inner lacquering machine and polymerization oven, the entire 9-color off-set decoration line and accumulators for the line.

Visitors to K-2016 can see 360° digital printing, new heading and capping systems, a new generation of tube packing machines and hot stamping on the latest equipment from the PackSys Global family of companies.

PackSys Global wins an order for 200 cans/minute aluminum aerosol can line with Linhardt, Germany. PackSys Global will supply the washing machine, inner lacquering machine and polymerization oven, the entire 9-color off-set decoration line and accumulators for the line as well as a packer from its sister company Texa AG.

A pivotal development for the can manufacturing industry, TPackSys Global's Twin Decorator is an intelligent, robust and easy to operate system which reduces print changeover times to as little as 5 minutes. This significantly reduces downtime and increases efficiency by allowing an increased output of between 25-80% depending on the line speed, batch sizes and currently required print changeover times.

Technology is our passion, service our commitment: PackSys Global is proud that it has more than 30 experienced and highly skilled field engineers at service centers in Brazil, China, India, Switzerland, Thailand and USA offering specialized local services to customers!

PackSys Global has won the account from Gulf Cans Industries to supply two complete monobloc aerosol can lines each producing 200 cans per minute. The lines include 9-color offset printing and are capable of producing a variety of sophisticated shapes and sizes to cater for a wide range of industries such as personal care, pharmaceutical, and beverages.

As one of the world's leading manufacturers for specialized packaging equipment with 40 years of experience and expertise in integrating the best of Swiss high technology innovations and mechanical precision into advanced packaging equipment, PackSys Global is represented in all of the world's major markets through a worldwide sales and service network, and a network of platform companies. The last year has seen the company go from strength to strength, leading to a renewed management centrum and a number of new appointments.

Further strengthening the PackSys Global portfolio, PackSys Global AG can announce that with effect from October 22, 2014, it has acquired 100% of the shares of Combitool AG, located in Baeretswil, Switzerland. Combitool develops and manufactures tube production equipment with a clear focus on the cosmetic market. The company was founded in 1987 by Henry Ueberegger and has since become a successful player in the field of laminate and extruded tube machinery.

PackSys Global has been at the forefront of CLT technology for the last decade, and is seen as the inventor of this technology with the launch of its AMS side-seamer in 2004. The company will soon be highlighting its 360°seam and Inviseam technologies running on the latest cosmetic tube equipment. 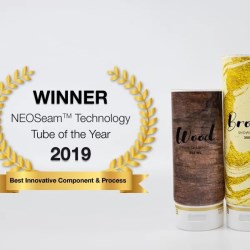 Tube of the Year Award 2019 for PackSys Global 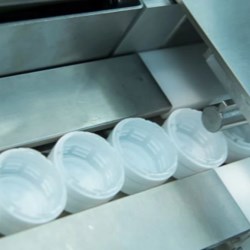 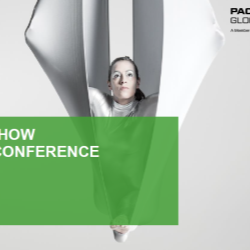 PackSys Global Group at the K 2019 in Düsseldorf 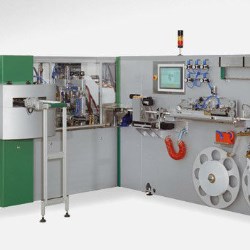 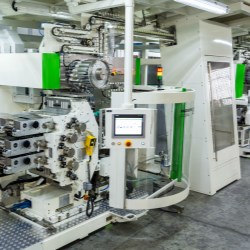 Meeting the demands of the wine and spirit markets 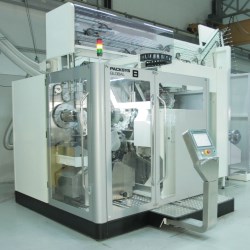 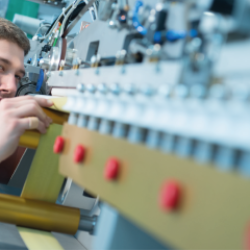 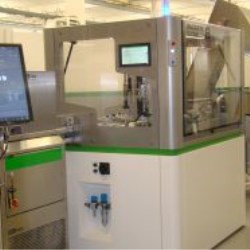 New TEM slitting and folding machine for caps at Drink...