We are connecting you with a representative of Certina Packaging. Maybe you can help us serve you better answering a few questions:

Certina Packaging shares its Christmas spirit with charities across Europe

Christmas is a time for giving and helping those who are less fortunate or in difficult situations. This year, the companies which comprise Certina Packaging have made many donations to a range of charities in their local areas.

Rebhan FPS Kunstoffverpackungen has donated to Lebenshilfe Kronach, located in its historical neighbouring town to the south of the plant. Founded in 1968, Lebenshilfe Kronach supports children with disabilities along with their families, helping them to be as independent as possible. Money donated is used to maintain the different support centres offered by the association, and Rebhan's donation is going to buy a new ball pool for children in the early-development initiative.

Rebhan Opakowania has given its donation to the Poznan Foundation for Children with Cancer (Fundacja Pomocy Dzieciom z Chorobami Nowotworowymi). For 30 years the charity has been raising funds for specialist assistance in the treatment of childhood cancer, offering valuable support. Rebhan's donation will be used to buy medication that is not reimbursed by the national health fund. Since the foundation was set up, almost 40 million PLN has been used towards medication and specialist support help reduce the suffering by children with cancer.

Qualiform has donated to Oyo Pour Tous, a charity which supports different social and environmental projects. Qualiform has made a donation on behalf of each of its clients which will enable the association to plant more than 100 trees.

HK Cosmetic Packaging's donation has been given to the Bayrisch Red Cross for its Aktion Trösterteddy campaign which presents soft, cuddly teddy bears to sick and injured children.

The sleek, round Colonna is Certina Packaging’s best selling bottle. What makes it so appealing is not only its simple yet highly chic silhouette but that it is absolutely customizable and will fit any cosmetic or personal care product. And now, this top selling range has expanded!

HK Cosmetic Packaging continues to innovate and update its product line. One of HK's best selling series, Antonella, now has even more to offer with its brand-new look for the 10ml jar. The well-known PP doubled walled jar is now also offered with a more angular finish. Antonella is both practical and luxurious, it keeps your brand’s cream products safe while being easy to reach

The results are in: Certina Packaging contributes to award-winning Coty Lancaster beauty product

ELLE have released their International Beauty Awards 2021 and named Lancaster Sun Beauty as the best sun care product. Certina is happy to have contributed to this success with their Colonna range PET bottle and wants to congratulate the teams at Coty Lancaster Monaco and Rebhan Group who worked on it.

HK Cosmetic Packaging is well known for its extensive array of boldly designed packaging products which allow brands to create unique packs by combining complementary products. The addition of the enchanting Ariella jar is going to make waves in the personal care market.

Rebhan has further enhanced its sustainability credibilities through the achievement of a silver award rating from Ecovadis placing the company in the top 25 per cent of evaluated companies from around the globe. The German plastic packaging manufacturer has been integrating a number of new policies and practices throughout the past months which this year have culminated in the achievement of the well-known, coveted CSR award.

Smart packaging is well designed to be highly functional. Consumers want handy-sized packaging that is quick and easy to use, whilst brands look for iconic styling which catches attention, yet is easy to fill and label. Certina Packaging's SMART bottle is the epitome of smart packaging.

One family, multiple possibilities. HK Cosmetic Packaging has introduced its own line of standard flip-top caps onto the market. This new family incorporates 3 different necks as standard and can be produced in a wide array of colors to fit into established brand lines.

HK's Combi-Cap is twice as useful and twice as nice!

HK Cosmetic Packaging has launched the brand new “Combi-Cap”, an innovative closure solution with multiple uses. The 2-in-1 Combi-Cap can be used to combine two different products, or as a possible applicator for tubes. Comprised of two lightweight components, consumers can choose to keep the inner soft applicator screwed on to the tube for gentle application or keep it inside the overcap to be able to directly access the tube’s contents.

An explosion of choice for Rebhan's best-selling OPTIMA bottle

Rebhan‘s best-selling OPTIMA bottle series now offers more options to choose between. Simple, noble, colorful and sassy, OPTIMA's appearance is highly appealing and can be tailored to any which way a brand desires. Now the timeless design is also offered in HDPE.

PERLA is an exciting cosmetic packaging collection with more than a touch of French chic. Made in France, the PERLA line features a standard tottle that is fully customizable, in combination with cometic applicators designed especially for the face.

Now in the mainstream, environmental responsibility for plastic packaging producers has opened up new opportunities for innovation. Single-use plastic is no longer an option therefore Certina Packaging has explored creative ways to offer green packaging options.

Rebhan has just introduced a new PET bottle into Certina Packaging's repertoire that meets modern consumerism head-on. Ideal for any number of personal care products, the PCR PET bottle is part of CPs Green Line of products which respect the planet.

New technology is now allowing black plastic to be recycled and re-used. Certina Packaging is utilizing this new technology to produce carbon-free black packaging. The company uses different particles which can be detected by the scanners, ensuring that black continues to be a colour option available to brands, and enhancing the opportunity for its packaging products to be recycled and incorporated as material for use again in a brand new product.

Which is your 'Elixir'?

Strong and masculine with characteristic staunch shoulders, or subtle and feminine with soft, gentle curves that highlight the bottle's slim lines: Certina Packaging company Rebhan has introduced a new bottle into its portfolio of Glass Polymer standards.

Protecting the environment is becoming increasingly significant in our society. Due to clearly evident climate change and global warming, it is becoming ever more important to save resources and employ technology that does not cause harm to the environment. Certina Packaging does just that with Green Line. Green Line is not just a line of products, but a new way of packaging.

SIMPLE, ELEGANT, PRECISE: Qualiform's brand new packaging standard embraces all of this. The 200ml Elegance bottle offers a rectangular shape with distinctive sharp-looking edges that both meets the needs of the market and completes Qualiform's square Quadratus range.

HK Cosmetic Packaging's latest jar is an ideal choice for brands actively looking for sustainable packaging. KYRA light is a high quality jar, characterized by a modern design, but with less weight.

Comprising HK Cosmetic Packaging, Rebhan and Qualiform, Certina is most certainly assured of its position in the beauty packaging industry as the global boutique packaging leader. Individually, the companies have made a strong mark on the packaging industry over the years. As Certina, the company synergy is united in its creation of innovative packaging solutions with the traditional quality for which European manufacturers are globally recognized.

The New Square cubic bottle, produced by Rebhan, part of the Certina Packaging Group, has been given a brand new look with an incredibly eye-catching appearance. Metal Avenue is inspired by some of the world's most iconic locations.

Often, personal care and beauty brands release complementary products in the same sort of bottle to ensure coherence with regard to a line's look. Qualiform has taken that idea and gone one step further by releasing the Modulo set of bottles. The bottles are comprised of a simple trio of bottles that fit together thanks to a clever series of tabs and slots to create a unified whole.

Our new Glass Polymer design "New Square" looks both modern and charming. With 150ml content and neck finish 24/410 it can be used perfectly as packaging for high quality hand creams or liquid soaps.

Print around the EDGE: now it's possible!

New print capabilities are now an option thanks to our latest Glass Polymer standard bottle design: and it makes the packaging even more interesting! The outstanding, sporty, and elegant shape with two rounded corners is a real eye-catcher and is also extremely comfortable to hold.

HK Cosmetic Packaging is internationally recognized for a number of reasons. One of our distinguishing features is our high level of technical expertise. Our engineering is always efficient and precise. This is evidenced in a number of our packaging lines.

New jar lines, ready to provide brands with ways to give consumers only the best usage experiences

The Xenia jar is extremely cutting edge and designed to be a show-stopper. When tailoring the jar to the needs of an international hair care brand, the goal was to use excellent materials while providing consumers with a better experience. 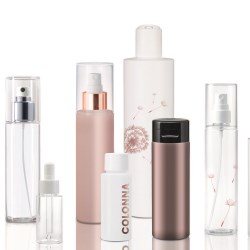 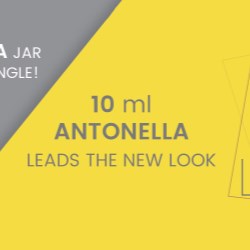 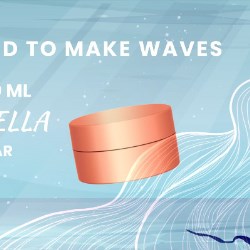 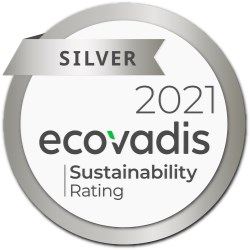 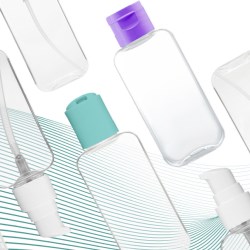 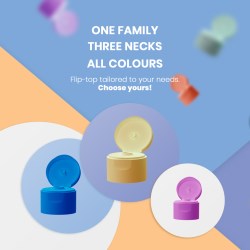 Stylish on the outside – sustainable on the inside! 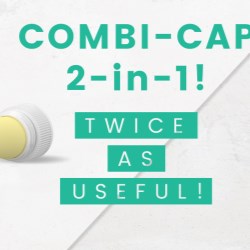 HK's Combi-Cap is twice as useful and twice as nice! 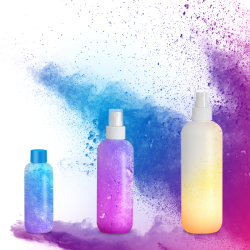 An explosion of choice for Rebhan's best-selling OPTIM... 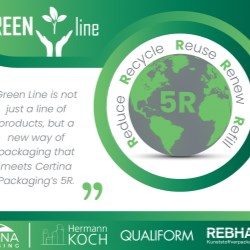