We are connecting you with a representative of Robinson Packaging. Maybe you can help us serve you better answering a few questions:

Robinson Creates Packaging for a Beauty Brand Built on Influence 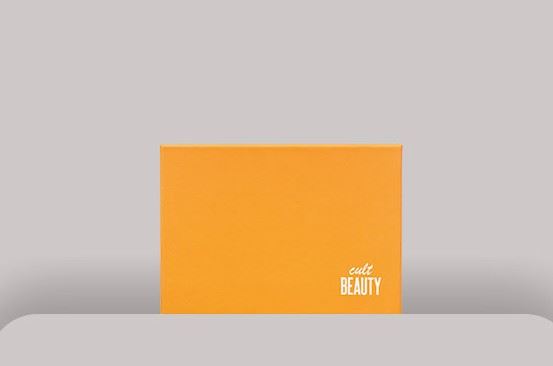 Packaging for a beauty brand built on influence

Cult Beauty needed to revamp the secondary packaging for their popular cosmetic line. They went to Robinson Packaging to develop boxes that were both sleek and also easily recyclable.

Cult Beauty is the online destination of choice for consumers of beauty products. It prides itself on its transparency, with a commitment to complete transparency, listing all ingredients and publishing all consumer reviews.

It recognises that many of its followers are trying to make a step-change in their sustainable buying habits. Through its Cult Conscious initiative, it champions those brands that have committed to recyclable packaging. It stood to reason, therefore, that it chose to work with a packaging expert like Robinson Packaging that could help to deliver on its sustainability credentials. They supply shoulder boxes, 4-panel book jackets and sleeves.

With their long track record in sustainable packaging, one of Robinson's first initiatives with Cult was to convert their boxes so they are made from 100% post-consumer recycled (PCR) paper.  But it didn’t stop there – the replaced their linings to 100% PCR basalt paper – delivering a total pack circular solution.

As a trusted British company, Cult had a further critical requirement: to partner with local firms who could offer ‘made in Britain’ quality.

One way in which Robinson is able to quickly adapt to our customers’ needs is because they've built up their own network of trusted suppliers and printers in the UK. They choose to work only with those who are able to match their versatility and ambition when it comes to reacting to changing consumer demands, building true partnerships with likeminded organisations.

Cult’s return on their investment with Robinson was realised very early on when they were able to deliver on a Christmas campaign only two weeks on from receiving the artwork. This compares with a lead time of at least 16 weeks on the water from suppliers in the Far East.

Producing packaging in bulk clearly achieves greater economies of scale. Added to that, housing Cult’s longer-term packaging in our own stockholding facilities brings them the added benefit of being able to submit requests for packaging as and when demand requires.

With a firm focus on growing a loyal following, Cult’s NCA (new customer acquisition) and influencer boxes need not only to excite but also to build trust. As such, it had some very exacting requirements on the look and feel of the boxes, as well as how the products are displayed.

“Consumers trust our platform because we are very transparent in how we share product information and reviews. We never include products that don’t cut muster with Cult HQ. When we’re introducing these brands to our influencers, the first impression starts, of course, with the packaging – it’s the first thing consumers see. As such, our 4-panel book jacket that we send as our ‘influencer box’ is the perfect way to showcase those products that have created a ‘wow’ with our own team.”

Packaging with Purpose- Step into the Updated Robinson 3D booth

Robinson invites brands to discover where luxury and sustainability meet- at the company’s interactive and newly redesigned 3D booth.

Robinson has partnered with Fortnum and Mason to launch their new iced fingers in custom recycled paperboard boxes!

Robinson has partnered up with luxury chocolate manufacturer Holdsworth to produce 100% recycled material packaged chocolates in time for Valentine’s Day.

Robinson Packaging created six uniquely themed sustainable shoulder paper boxes for the Cult Beauty Christmas campaign. They were so popular that they were sold out before Christmas day!

Liquid fertiliser is a product that needs to be applied with precision- One particularly popular Robinson solution involved the manufacture of a specially formed dosing chamber.

Robinson is excited to announce it is celebrating the 50-year anniversary of their award-winning Danish business Schela Plast!

Enviroo and Robinson leaders recognised for innovation and leadership

Companies expected to research and collaborate to transform the way we package and recycle.

Robinson is partnering up with luxury chocolate manufacturer Holdsworth to produce a range of celebration chocolates in beautifully crafted custom boxes and lids.

Sustainable & Customizable: See How at the Robinson 3D Booth

Robinson is a UK leader in plastics. With trade shows still not back to prior capacities, they are eager to show customers what makes their products so great. Now, clients can view them up close and personal, anytime of the day. Robinson welcomes visitors from around the world to step into its high resolution 3D booth.

Robinson has appointed Jacki Sanderson as Group HR Director to deliver a streamlined, leadership approach to HR across the business, supporting the newly launched People Plan – integral to Robinson’s Sustainability Pledge – and to ensure the health and well-being of all employees remains a top priority.

Robinson – the manufacturer specialising in value-added custom packaging – is celebrating the success of CEO Dr Helene Roberts who was named as a finalist in two categories of the Great British Businesswoman of the Year awards.

Robinson is the proud partner of a new publication to celebrate the best of British leadership, launched this week with The History of Parliament Trust at Westminster Abbey.

Robinson – the manufacturer specialising in value-added custom packaging – is partnering with leading fragrance brand My Fabulosa to meet their rapid growing consumer demand.

Robinson has appointed Laura Donington as Group Marketing Manager to support the delivery of the marketing strategy across their international business, strengthening their value offering through sustainability and brand enhancement, content design and creation, and stakeholder engagement and communication.

1001 reasons to celebrate a cleaner future

WD40 turned to Robinson in 2019 for its expertise in supporting the evolution of the 1001 Carpet Fresh brand. At the heart of this evolution was the innovation of our ‘spray through’ cap.

Robinson Reflect on the pandemic and plans going forward

It is no secret that demand for food was high when the Covid-19 pandemic hit. Supermarket shelves were bare and panic buying set in. Robinson packaging in response to this had to take huge steps to meet customer demands.

Robinson's Danish team is working on an exciting project to transform recycling in Denmark! The project aims to improve recycling technology to help pave the way for more plastic waste to be recycled for the same use, closing the loop, rather than being downcycled

Neom has fast become one of the best-known wellness brands in the UK and the Middle East. It chose to work with Robinson primarily for two key reasons: the flexibility we offer in our supply, and our long-held experience and credibility for developing sustainable products

The busy consumer’s laundry bottles must encompass all the functionality they expect to tackle the job at hand. At Robinson, we’re known for our honest and straightforward approach to how we do business and how we work with our customers. We will work to find your ideal, custom-made alternative.

Beauty companies seek to create high-quality packaging that is affordable to a mass market but takes into consumer use. Robinson meets these commercial requirements with a range of transparent beauty jars.

Huhtamaki Inc. is a global player in sustainable food-on-the-go and food-on-the shelf packaging solutions, operating in 35 countries from 81 sites across the world. As part of their patented Quikspread container system, Huhtamaki supplies specially engineered dispenser plugs for some of the world’s most well-known foodservice outlets.

Robinson Pledge to Not Use New Plastic

The recyclability of plastic is one of its core appeals. Due to this, Robinson is on the path to reducing the amount of virgin plastic they use – in other words, they won’t use plastic that hasn’t been used before.

Robinson Supplies the Right Bottle to Lead in Disinfectant

Fabulosa Ltd is a family-run business based in Crewe, Cheshire. It manufactures multi-surface, ready-to-use disinfectants under the ‘My Fabulosa’ brand. It chose to partner with Robinson as it needed a reliable supplier that could provide a custom-moulded PET bottle from tooling that is dedicated to supplying only their filling lines.

Robinson Packaging is thrilled to announce the launch of their new website! Bringing their fresh new branding to life involved sharing the company's unique personality and style. Their new website brings brands closer to them than ever before. 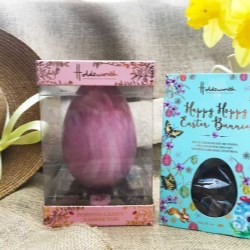 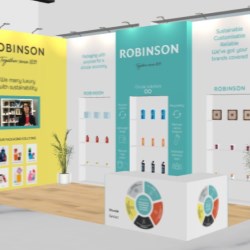 Packaging with Purpose- Step into the Updated Robinson... 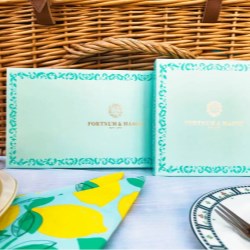 Fortnum and Mason collaborate with Robinson to launch ... 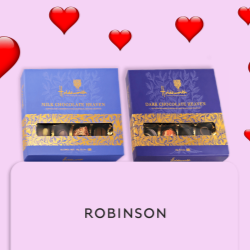 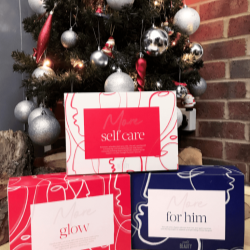 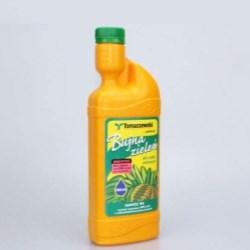 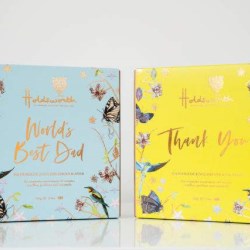 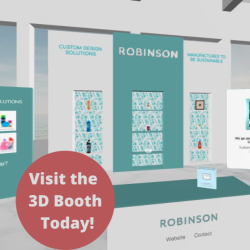 Sustainable & Customizable: See How at the Robinson 3D... 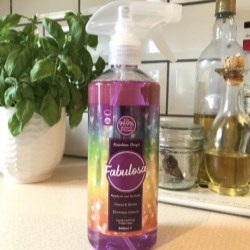 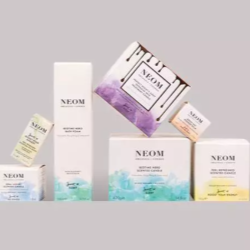 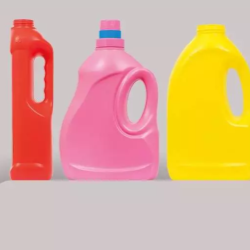 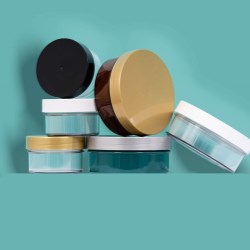